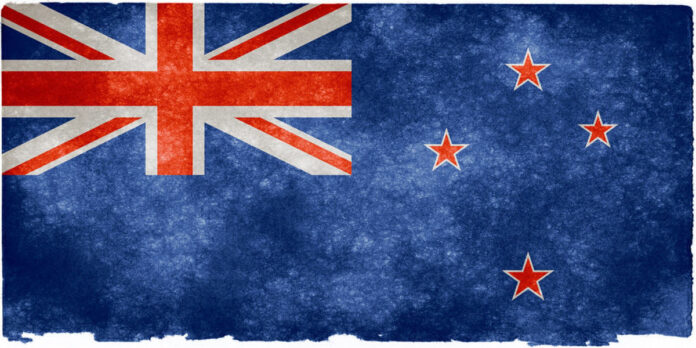 From puffpuffpost.com link to article by Matt P -December 9, 2019

Since the announcement of a referendum on New Zealand cannabis legalization in 2020, there has been a lot of speculation surrounding the details.  New Zealand’s government  released its initial draft legislation for the proposed legalization last week, clarifying a lot of its positions and addressing a number of concerns.

The referendum has been in the works for some time and will be held next year with the country’s general election. If it passes, New Zealand could become the next country to legalize recreational marijuana.

Details Of The Draft Legislation

The issue of the 2020 referendum has been publicly on the table since earlier this year.  In May, the country’s coalition government reached an initial agreement regarding what exactly a legal cannabis program would look like.  This week’s draft legislation means that New Zealanders will head to the polls next year with a more comprehensive understanding of what to expect if a yes vote goes through.

According to the government’s draft bill, legalized and regulated cannabis in New Zealand will be characterized by the following:

The government clarified its intentions and objectives surrounding the proposed regulations.  This includes a major emphasis on harm reduction, stating:

“THE MODEL SHOULD MINIMISE HARMS ASSOCIATED WITH CANNABIS, SUCH AS HEALTH-RELATED HARM, SOCIAL HARMS AND HARM TO YOUNG PEOPLE”

Emphasis was placed on lowering the overall use rate through “education and addiction services”.

It should be pointed out that marketing restrictions do exist in the North American market.  Canada in particular has developed a cannabis program with fairly stringent regulations surrounding what cannabis companies can and cannot do.  Restricted activities include testimonials, celebrity promotions and sponsorships, and marketing activities that connect cannabis with an “appealing lifestyle”.

In addition to these proposals, the government finalized the wording of the referendum question: “Do you support the proposed Cannabis Legalisation and Control Bill?”

The referendum initially came out of a confidence and supply agreement struck between New Zealand’s Labour Party and Green Party following the 2017 general election.

The government initially pondered whether or not to hold the referendum prior to the election. Some felt that the issue of legal cannabis should be a standalone issue.  Ultimately, it was decided that the cannabis question (as well as an additional referendum question on euthanasia reforms and assisted dying) would be put to voters during the next general election.

In May of 2019, New Zealand’s three party coalition government released a background paper detailing the initial agreed upon details.  The initial plan contained many of the elements elaborated on in last week’s announcement, including advertising restrictions and home cultivation.  In a press release, Justice Minister Andrew Little said that:

“THERE WILL BE A CLEAR CHOICE FOR NEW ZEALANDERS IN A REFERENDUM AT THE 2020 GENERAL ELECTION. CABINET HAS AGREED THERE WILL BE A SIMPLE YES/NO QUESTION ON THE BASIS OF A DRAFT PIECE OF LEGISLATION.”

Cannabis has been illegal in New Zealand for quite some time. It is classified in the Misuse of Drugs Act 1975.  Possession of any amount is a crime, and penalties for possession, cultivation and distribution range from fines to prison terms.

The Misuse of Drugs Act was amended in December of last year to allow terminally-ill patients access to marijuana without fear of being arrested. This paved the way for a more comprehensive medical marijuana program. Prior to this, medical cannabis in New Zealand has been highly restrictive.

With that said, pot is by far the most used illegal drug in New Zealand. The country has one of the highest rates of cannabis users in the world.  52% of New Zealanders between the ages of 15-45 have admitted to using marijuana at some point. 16% identify as current users.  Despite this increasing social acceptance among the younger generation, police in New Zealand spend a significant amount of time and resources enforcing cannabis laws. It is estimated that 69% of recorded offenses in 2009 were for personal possession and use infractions.

Compounding the problem is the fact that the Maori (New Zealand’s indigenous population) are arrested at significantly higher rates. Approximately 40% of the current Maori prison population are serving sentences for minor possession and supply charges.

For those hoping that this referendum will mean an end to prohibition in New Zealand, the biggest obstacle may in fact be public opinion.

Polls conducted on the issue over the past year have been mixed.  One survey in May indicated that 52% of New Zealanders were in favor of legalizing cannabis. 37% were opposed and 11% had no opinion on the matter.

While that particular poll indicated majority support, it also pointed to a downward trend. A similar poll conducted just six months earlier indicated 60% support for legalization.  Yet another indicated that a majority did not in fact support amending cannabis laws, with 52% opposing it and 39% supporting it.

As it currently stands, the vote could go either way.  While one of the most recent polls shows a 9% increase in support over the last three months, the fact that there’s been so much fluctuation in the numbers over the last year is a good sign that next year’s crucial referendum may indeed be a tight one.