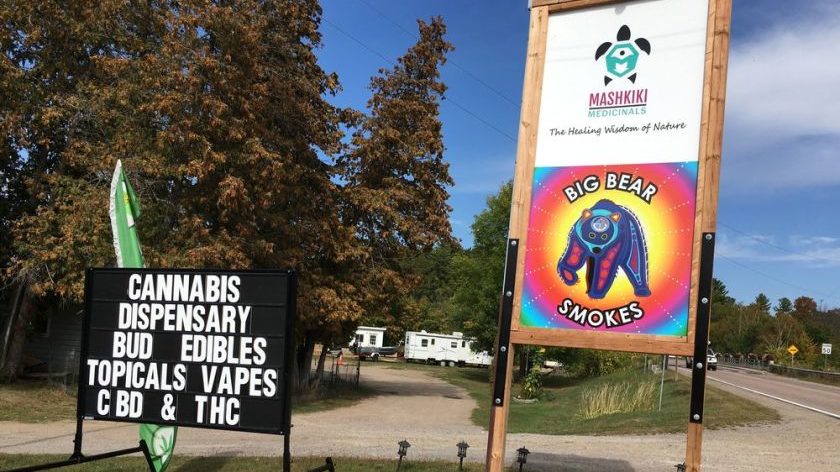 From ottawacitizen.com link to article by JACQUIE MILLER, Sept 27th 2019

Pot stores in the Ottawa Valley are selling illicit cannabis vape pens despite warnings from health officials who are trying to find the cause of a serious lung ailment that has killed 12 people and made another 805 people sick in the U.S.

Illicit vape pens and refill cartridges were for sale at four of the six cannabis stores visited by this newspaper at Pikwakanagan First Nation on the shores of Golden Lake, about 150 kilometres west of Ottawa.

No single vaping ingredient, brand or device has been identified as the cause of the mysterious outbreak of lung ailments. However, U.S. public health officials say early indications are that most of those who have fallen ill were vaping e-cigarettes containing THC, the chemical ingredient in cannabis that causes the high.

People should not buy cannabis e-cigarettes or vaping products off the street, according to the U.S. Centers for Disease Control and Prevention.

Health Canada warns that “the purchase of vaping products outside the legal market may create additional risk as these products are unregulated and potentially unsafe, and thereby pose a risk to health and safety.”

All the cannabis vaping liquid sold in Canada now is from the black market. Legal cannabis vape pens are  expected to be on sale by mid December.

The Pikwakanagan community has eight pot stores that sell a wide variety of products, from dried weed to lotions and cannabis-infused candy and cookies.

At the four stores visited by the Citizen last week, vape oil products were in branded packages, some of which contained warnings such as “keep out of the reach of children.”

At Mashkiki Medicinals, disposable vape pens by a company called Herb Angels were on sale for $50.

A brand called “Elements” said on the box it contained “100 per cent pure oil” that was “solvent free,” and also contained the words “for medicinal use only” and “not for resale.”

Staff at the store phoned one of the owners and the Citizen had a brief conversation with her.

“We haven’t had any issues or problems with the products we sell,” said the woman, who identified herself as Stephanie. “Obviously if it’s going to be an issue we definitely wouldn’t sell (vape pens and cartridges).”

She said she co-owns the shop with her two siblings, and would have to consult them before commenting further.

Another store called Green Grass Oasis had a variety of disposable cannabis pens and cartridges. One of the cartridges for sale was labelled “Dank,” which is the name of a brand flagged by the New York State Health Department as linked to cases of lung ailments.

It’s not clear if the Dank vape oil that sickened people in the U.S. is the same as the Dank cartridges on sale at Green Grass Oasis, since the name is apparently used by a variety of illicit manufacturers. Dank Vapes is not an actual company, simply a brand stamped on packaging sold to various black-market operators who manufacture cartridges, according to an investigation by Leafly, a cannabis news website.

When the staffer at Green Grass Oasis was asked about the Dank brand, he replied: ‘Oh, I thought we took those off the shelf.” The Citizen left contact information and phoned the store twice and left a message for the unidentified owner but has not heard back.

At Grass Roots Healing, cannabis oil cartridges were $50. A VapeMount Canada brand pen was also $50, which the clerk described as “a great deal.”

The “Juul” pods had a logo on the package that said “Purple Krown Canna Co.” The label said they contained “700 mg THC distillate.”

The Purple Krown pods can be used in a Juul e-cigarette device, the clerk explained.

A person who said he was the manager at the store suggested contacting the owner through the website. The Citizen sent two emails but did not hear back. The establishment does not have a business phone.

A Grass Roots Healing employee asked the Citizen to leave the store, and the parking lot, where several customers who appeared to be senior citizens were chatting about the cannabis products they bought there, such as a THC salve, for pain relief.

At Tommahawks Green Room, disposable vape pens were for sale. The box containing a “Clear Lord” brand pen said it contained 77.8 per cent THC and .44 per cent CBD, a non-psychoactive component of cannabis that is often used for medical conditions.

A customer arrived at the store looking for the “Juul” cannabis pods, saying he vaped for pain relief. A staffer said the Juul pods were hard to find but showed him another vape pen product containing CBD, assuring him that “it’s lab tested and professionally made.”

Staff at the store were reluctant to talk. “The fear I have is because we are all illegal, we are not protected by anybody,” explained one. She speculated the lung illnesses may be caused by people refilling their vape cartridges with home-brewed cannabis oil or not using the devices properly.

Where does the store obtain its cannabis pens?

During the conversation, the owner of the store called. “She’s freaking out,” said the employee, who said the owner did not want to be interviewed and requested the Citizen leave the store.

At The Healing Cabin, the proprietor said she had considered carrying vape pens, but decided against it after hearing about the lung illnesses. She couldn’t live with herself if one of her customers became ill, said the woman, who declined to give her full name. “We’re not supposed to be making people sick. We are supposed to be helping people.”

A spokesperson for the Ontario Provincial Police, which is responsible for policing the Pikwakanagan community, said there have been no warrants issued against any of the shops.

“The OPP will investigate illicit cannabis products including vape pen cannabis juice, but in terms of any enforcement on the Pikwakanagan First Nation, I would have to refer you to the Band Council or the (Cannabis) Business Alliance,” said a statement.

The Citizen left voice messages and an email for band council Chief Kirby Whiteduck, and phone messages for the person who has acted as spokesperson for the cannabis business council, but did not hear back from them.

The statement from the OPP said that “OPP-led Cannabis Enforcement teams are working closely with all partners, including the OPP Indigenous Policing Bureau (IPB), its Provincial Liaison Team (PLT) and First Nations Police to enforce the laws pertaining to illegal cannabis and to address concerns related to investigations or enforcement activities.

“OPP PLT will continue to work with all stakeholders who may be affected and maintain open and transparent lines of communication regarding any enforcement action.”