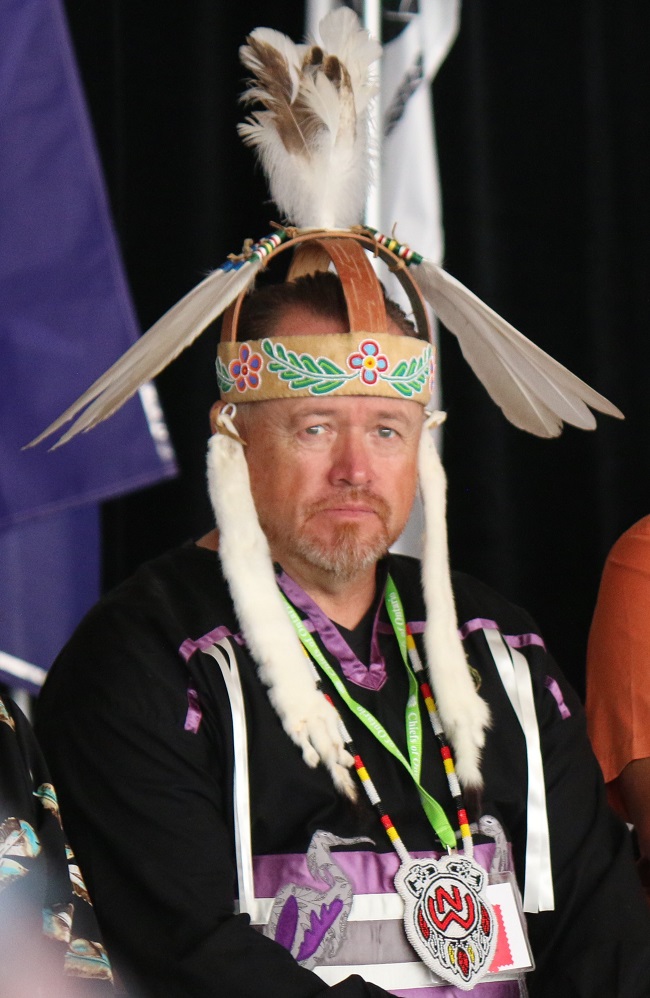 NIPISSING FIRST NATION—Nipissing First Nation’s own cannabis rules are set to become law on June 18. They are strict.

The health and safety of Nipissing First Nation citizens were the main reasons for the stringent regulations reasons expressed Chief Scott McLeod.

“The other reason was for the negotiations for jurisdiction to be smoother and that it couldn’t be used to slow things down,” he said. “We are continuing to work with the province and the federal government to get over the hurdle of licensing… One of our intentions were to meet or exceed provincial and federal standards for the regulation of cannabis. Essentially, that’s what we did with our laws. If our laws were not as stringent as provincial laws, they could use that to hinder any type of movement on it.”

Nipissing First Nation will not be ready to issue a license immediately after enacting the law as they seek out the assurance of safe supply of legal cannabis says Chief McLeod.

“That’s where we are working with the province to access that and to circumvent the licensing issue. To be able to access that for our stores and the First Nation itself will become the licensor to our own vendors.”

An agreement with the federal and provincial governments similar to Nipissing First Nation’s fishery laws is being sought.

“We are taking that same approach with cannabis to perhaps develop a memorandum of understanding that will replace the license per se and allow the jurisdiction to lie rightfully with the First Nation. With our fishing law, we have already demonstrated that we have the capacity. The fishery is a glaring example of what we’ve done in the last five years to improve the fishery on Lake Nipissing with our laws and community dedication.”

The Nipissing First Nation Cannabis Law states, “No person shall sell or distribute cannabis to a person under 21 years of age.”

The Chief adds that items containing THC, which a child can mistakenly ingest as regular food, will not be permitted to be sold on Nipissing First Nation.

All cannabis products shall include a community health and benefit fee.

“We have the same type of fee levied on tobacco sales,” explains Chief McLeod. “With cannabis, we would look at prevention, education, and healthy choices for our youth. We would be using it to make sure our kids are thinking about what they are putting in their bodies and the realities of the use of cannabis… Over the last decade, it went from cannabis being an evil weed to recently, people on social media claiming it will save the world and it’s a cure for everything. We know that’s not true. We know the truth lies somewhere in the middle. We’d be using it for educational purposes on what the real risks are, the real benefits and the real deficits.”

Chief McLeod says with the cannabis law in place, Nipissing First Nation is hoping to grow its economy.

“People would save on gas, travel time and the inconvenience of going elsewhere. And the money would be staying local,” explains Chief McLeod. “The people in the surrounding areas need to support Nipissing First Nation like North Bay or West Nipissing because at the end of the day, we are all part of the same economy. If our community is doing well, then so is North Bay and so is West Nipissing… We don’t have car dealerships. We don’t have grocery stores. We don’t have a lot of the services that we require in our First Nation. If our economy is improved here, it is also being improved across those municipal lines.”

“It’s high time that the federal and provincial governments work with us to help us establish our economies. Every time we try to break into an economy, it’s somehow deemed black market. We are saying, ‘Let’s work together and start legitimizing Indigenous businesses’,” continued Chief McLeod. “We have done a lot of the work already. The ball is in the court of the government agencies involved to come to the table and start talking about how this is going to be enacted.