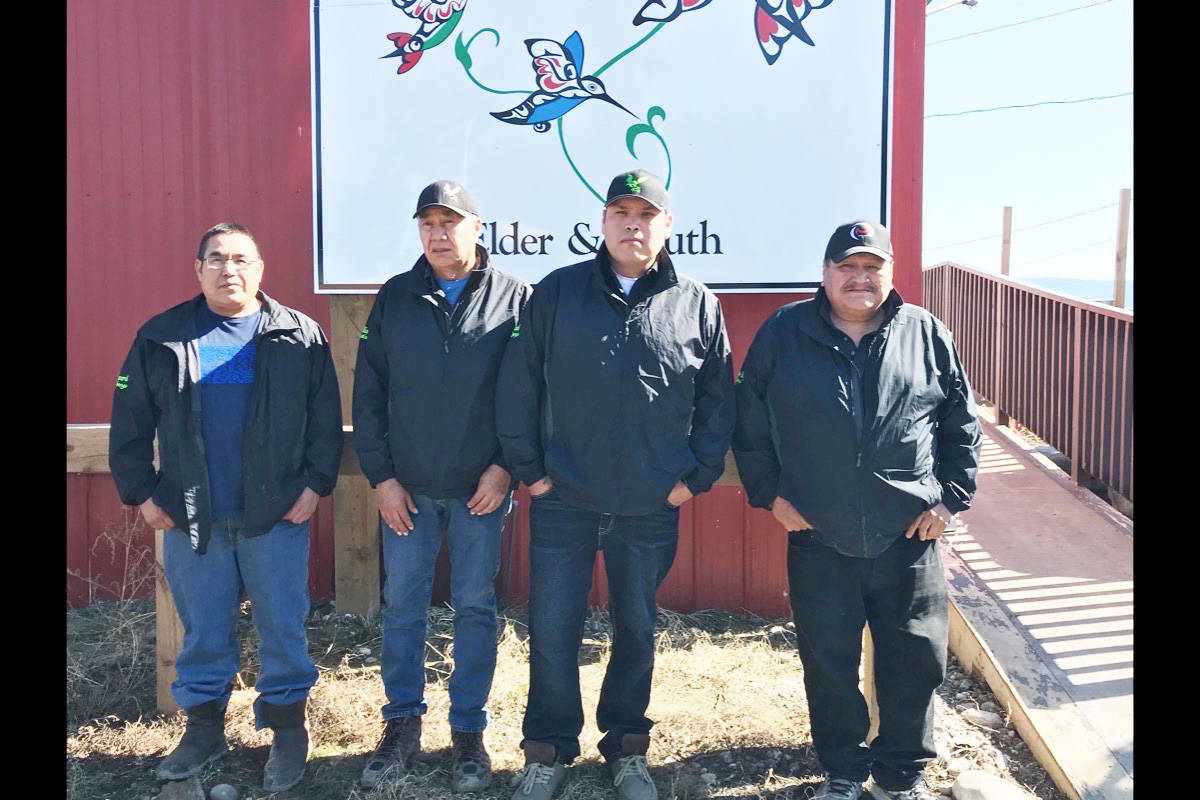 Council members recently took a voluntary drug screening, and the results all came back clean

From wltribune.com link to article by LINDSAY CHUNG April 5th 2019

?Esdilagh First Nation council members have taken it upon themselves to lead the charge against drug use in ?Esdilagh.

“Yes, the Canadian government has changed laws regarding cannabis; however, Chief Roy Stump strongly stands by laws of his people,” states a press release from ?Esdilagh First Nation, which was released Friday (April 5). “They’ve strongly encouraged him to keep the zero tolerance to drug and alcohol use policy in place.”

A voluntary drug screening was taken by all council, and the results came back negative, or clean.

There are many levels of government that ?Esdilagh and the team have to deal with on a daily basis, and it is only fitting that everyone who is doing business within ?Esdilagh territory must comply with the zero tolerance to drug use, according to the release.

“As the leader for ?Esdilagh, we have to set the standards to do business with ?Esdilagh or in ?Esdilagh high,” said Chief Roy Stump. “Our people are forever watching a changing time in their world with all the economic development plans; one accident or mistake can be enough to derail our progress. Being the smallest Tsilhqot’in community, we don’t have many warriors at our disposal. We have to hire very well-rounded team members and tackle many different departments all at once. This is very stressful and daunting on our staff and our people. This is the reason we choose to set the pace as leaders, to be drug-free.”

“Being drug-free for me is living up to the name and reputation that I’ve carried for a long time,” he added. “This reputation, this name, was gifted by a long line of family members who worked hard in their days to build this community and its people. Having the respect to carry this reputation forward for not only my family, but my people, is of the highest honour for myself. Setting that standard for my young people to witness and follow is the dream that keeps the fight alive. Creating a better society, better life and drug-free community is a battle which we as council for ?Esdilagh will take on any day of the week.”

Councillors Howard Johnny, William Baptiste and Chad Stump have all agreed to follow Chief Roy Stump and his pledge against drug use in ?Esdilagh and the territory.

Working with the health team, there are plans being drafted daily about how to educate elders, middle-aged and young community members on the fight against substance abuse.

“The culture and the spirituality development is ranking in the highest it’s ever been in ?Esdilagh, and it’s the hopes that these will finally break the hardships of substance abuse that seem to haunt so many cultures of people,” according to the press release.