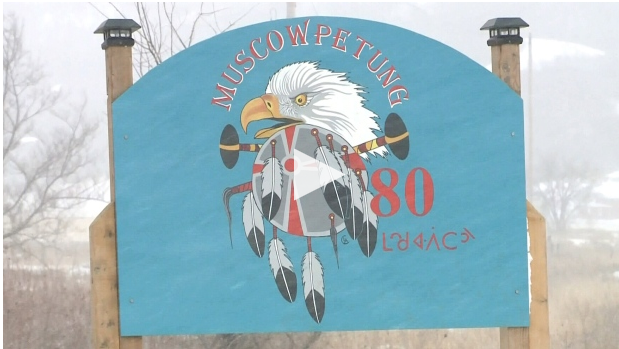 First nation opens pot shop under own legislation Muscowpetung First Nation will be opening a pot shop under its own cannabis act. Wayne Mantyka reports.

The act was passed by the first nation’s chief and council on Monday.

The province issued 51 permits before marijuana legalization day on Oct. 17. Muscowpetung doesn’t have one of those permits.

A vendor displays marijuana for sale during the 4-20 annual marijuana celebration, in Vancouver, B.C., on Friday April 20, 2018. THE CANADIAN PRESS/Darryl Dyck

Chief Anthony Cappo says the act is meant to make cannabis more accessible, affordable and safe on the first nation.

“Along with recreational use, Muscowpetung will be focused on using the cannabis plant to promote overall community health benefits and potential economic development opportunities,” Cappo said in a written release.

The first nation also says the act meets and exceeds federal standards for cannabis use.

Justice Minister Don Morgan has encouraged the first nation to follow provincial law. The government may release another round of licenses next year and the province is willing to talk to the first nation about it.