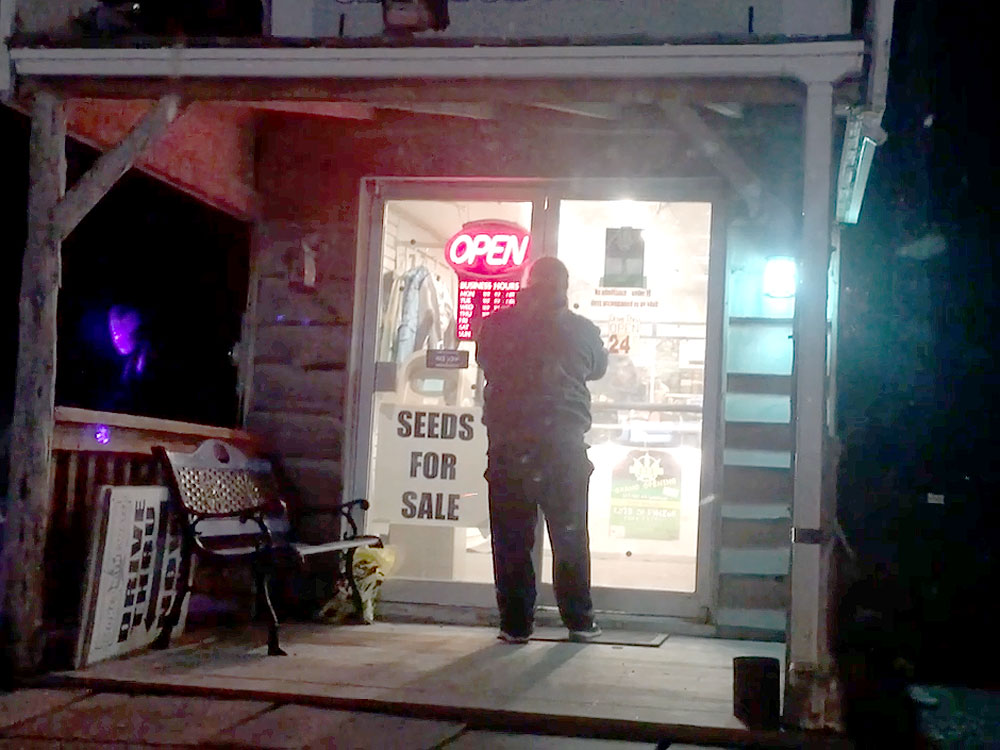 The crapshoot involving the Trudeau Liberals’ rush to legalize marijuana before the summer’s end just got its timeline potentially thrown into disarray with the Senate recommending a year’s delay evaluate the harmful effects it may have on our indigenous communities.

If only they knew it’s already a fiasco.

Members of the Senate’s aboriginal affairs committee, chaired by Liberal Saskatchewan Sen. Lillian Dyck, claimed the Trudeau progressives did not consult enough with First Nations, Inuit and Metis communities, and that quick passage of pot legalization would be paving them another road to hell.

“Many communities are really worried about the potential adverse effects on their members, and especially on their youth, and it may be even worse because of the trauma in their communities,” said Dyck, projecting that increased drug use would make matters worse.

A suggestion to this Senate committee? If it wants to see the future, take a little side trip to Tyendinaga Mohawk Territory, a relatively small reserve on the shores of Lake Ontario halfway between Montreal and Toronto.

It’s a portrait of a situation without controls.

Tyendinaga has an on-reserve population of only 2,178, yet it has 31 “smoke shacks” selling cheap Native-manufactured cigarettes, and 26 illegal pot dispensaries pushing bud, oils and cannabis edibles.

Now, just for perspective, it is illegal in Canada to sell Native-made cigarettes to non-Natives, and illegal for anyone — aboriginal or not — to be in possession of these cigarettes off-reserve.

Yet, the consumption of contraband cigarettes has been on a constant rise, representing a cash cow for organized crime as governments keep piling more taxes on the legally-manufactured products of Big Tobacco.

In Sault Ste. Marie, for example, a recent “butt study” indicated 86.4% of all cigarettes smoked are Native contraband, up from 20% only four years ago.

So, for a small reserve such as Tyendinaga to have 31 smoke shacks and 26 (and counting) pot dispensaries means the Mohawk there are smoking thousands of cartons of cigarettes a minute, and an almost equal amount of pot.

Either that, or there is nothing good afoot.

The other day, a reader with connections to Tyendinaga sent me a video showing a verbally high-octane confrontation outside a Tyendinaga pot dispensary called Smoke on the Water.

The backstory, apparently, is that the new owner of the property was attempting to take possession of his acquisition, but the pot-dealing tenants were not taking kindly to their midnight deadline to be gone.

Allegations flew in all directions. The new owner was accused of being “disrespectful” to the tenants, and it quickly turned ugly.

The new owner, taking safety in his car, was threatened by a small crowd, back the tenants, with two belligerents in particular threatening him physical harm if he dared step out of his vehicle.

A throat-slitting motion was caught on camera, as was all the profanity. Large gobs of spit slid down the man’s car windows.

Meanwhile, uniformed members of the Tyendinaga Mohawk Police could be seen mingling among the crowd, but seemingly doing nothing to deescalate the tensions.

“I want to make it clear that there are dangerous people involved in this (pot) industry, and it could be a matter of life and death” said the reader who supplied a copy of the video. “The prevailing media narrative keeps holding Tyendinaga up as a beacon of freedom and prosperity.

“But no one seems to want to report on the flip-side.”

By midnight on the day of the altercation, the tenants of Smoke on the Water had moved out, but not before allegedly trashing the joint.

It has apparently since reopened as the Pot Shoppe.

Published in Smoke on the Water, The Pot Shoppe and Tyendinaga