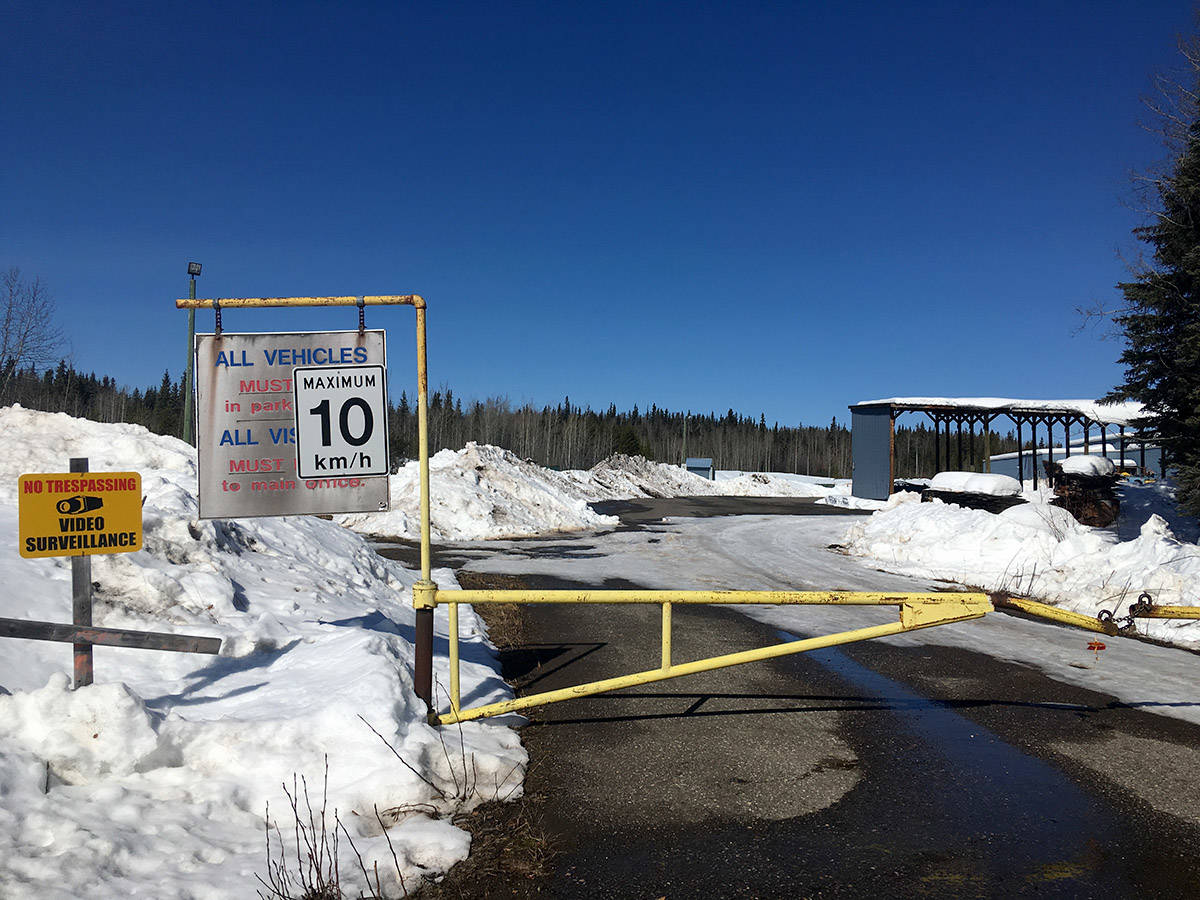 From burnslakelakesdistrictnews.com link to article by DAVID GORDON KOCH Mar. 28, 2018

A proposed pot-growing facility in the Decker Lake area is one step closer to reality following changes to Burns Lake bylaws making cannabis an allowable activity in heavy industrial areas. Council approved the amendments just after a public hearing that exposed division over a medical marijuana facility proposed by the company Nations Cannabis for the Moe Road industrial site.

The village council chamber was overflowing into the lobby as the public hearing began. Village staff read several letters from residents opposing the project — including one accusing council of choosing “profits over people” — before giving the floor to residents who showed up for the public hearing, which lasted more than 45 minutes.

Several people living near the heavy industrial site on Moe Road — where the abandoned Burns Lake Specialty Woods (BSW) mill is located — spoke in opposition to the medical cannabis project. Common concerns included fears that local wells would run dry and that property values would fall. Many were concerned about a strong odour potentially emanating from the facility.

Security was another concern that some residents raised. “If people are intent are breaking in and they’re not familiar with the area, they might think my greenhouses are the grow-op,” said one resident. “I might have some criminal element come across my property.”

D’Arcy Bell, a Decker Lake resident who previously distributed flyers to mobilize the neighbourhood against the project, said that he’d estimated the water, electricity and carbon consumption, and that it would “astronomical.”

But most of the speakers at the public hearing said those concerns were overblown. “There’s a lot of misconceptions being told here,” said Chief Dan George of the Burns Lake Band. He said he was confident that the facility’s ventilation systems would filter the odour of cannabis from the air.

Many residents said the facility would provide badly needed jobs for the community. One speaker remarked that a decline in forestry could hollow out Burns Lake and cause property values to drop. “If we don’t have an industry here of some kind, what’s going to happen to your property values?” he asked, prompting applause from members of the audience. “What are we going to do in town if there’s no work to go to?”

Burns Lake Band Councillor Ryan Tibbetts said that he toured a medical cannabis facility in Ontario and that no smell could be detected until you entered the doors of the sealed area where the plants grow. “Even then [the smell] wasn’t that strong,” said Tibbetts, who also noted a strong security presence around the facility. “I didn’t find anything wrong with the site.”

Another resident talked about how medicinal marijuana had helped his sick relatives, including his father, who suffered from ailments including polio and arthritis. “The only thing that helped him was smoking weed,” he said. “That kept him calm, relaxed [and] his shakes went away.”

Marc Storms, one of the business partners involved in Nations Cannabis — who took part in the hearing by speakerphone — said the project would require an estimated 1,600 gallons of water daily, but that due to the recycling of water in the system, the actual usage would be 400 gallons, and that with rainwater collection, the company would have a surplus of water.

In response to concerns about the environmental impact of the project, he said there would be no toxins or chemicals involved. “You can’t say that for the finger-joint mill that was there before,” said Storms.

But one speaker remarked that most of the people in favour of the project don’t live in the Decker Lake area. “It doesn’t affect the people who are for the thing, or voting for the thing to make it go through,” he said, referring to the fact that Decker Lake residents can’t vote in Burns Lake elections.

At the end of the hearing, the room quickly cleared out. Few were present for the discussion by the mayor and councillors, who also spoke in favour of the bylaw amendments and expressed confidence in the proposed facility. “This won’t be a bunch of hippies sitting in a tent,” said Councillor Charlie Rensby.

Mayor Chris Beach also stated that he didn’t disregard the concerns of Decker Lake residents.“We all know that we’re part of the same community,” he said. The motion was carried unanimously.