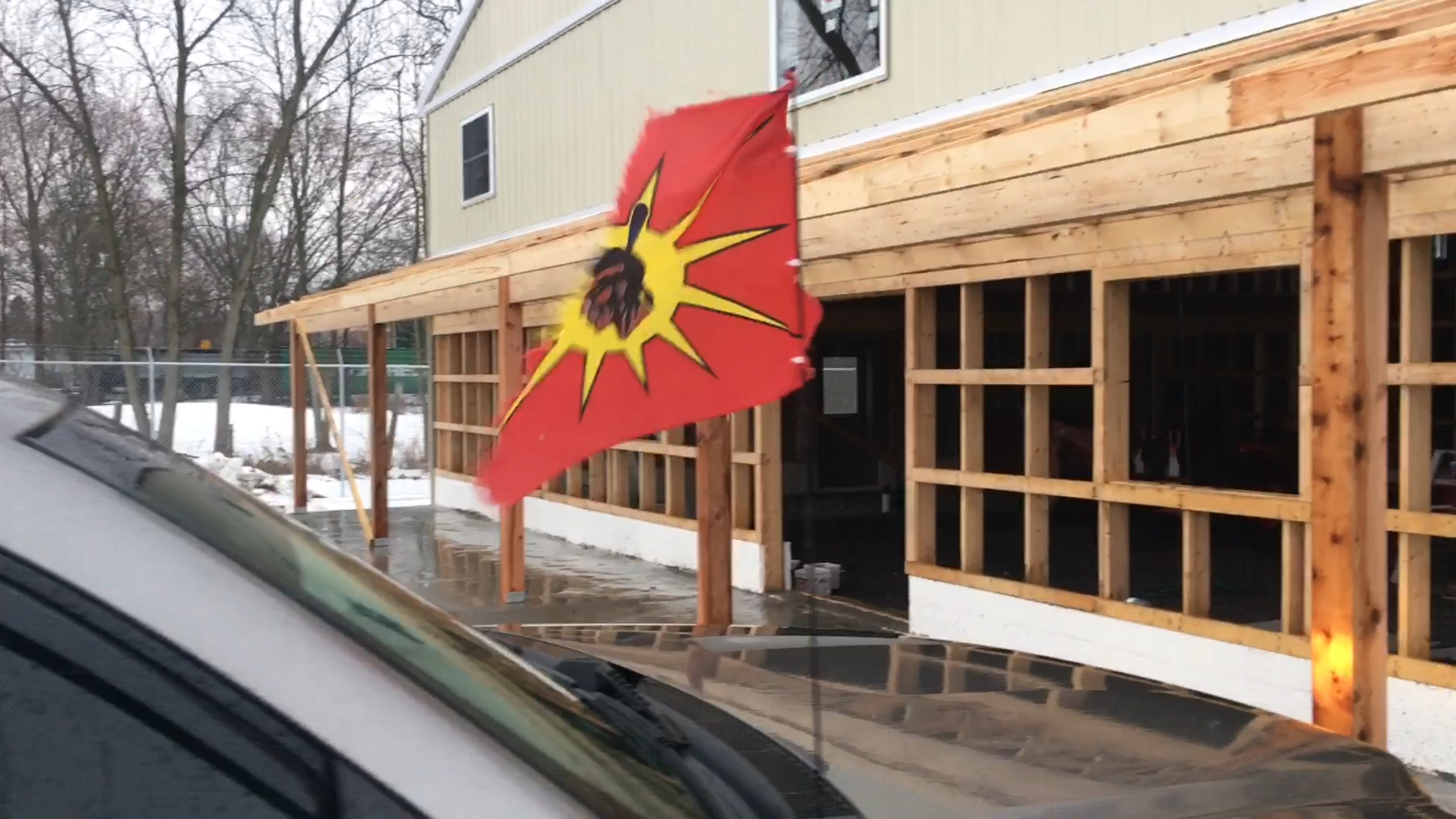 ‘A bundle of arrows doesn’t break’: The formation of the Indigenous Medical Cannabis Association

TYENDINAGA MOHAWK TERRITORY  – ’The times they are a changin’. 10 or 20 years ago it would have seemed quite implausible that a group of Native growers and retailers of marijuana would openly hold a public meeting to discuss the formation of an Indigenous Medical Cannabis Association. But with decades worth of court rulings advancing the constitutional rights of Canadians to self medicate with the Cannabis Sativa plant, popular perceptions of marijuana are changing, and the medicinal value of the plant is being embraced. Add to this an indigenous population going through a demographic rebound, and politically emboldened by the Idle No More and Standing Rock movements, and it is clear that a new reality is here. Over 100 native Tribes in the US are currently implementing medical marijuana initiatives, and while exact numbers in Canada are unknown, there is also clearly a growing interest north of the medicine line.

On Saturday, January 28th, 2017 at 10 AM, at the Mohawk Community Centre in Tyendinaga Mohawk Territory, the Indigenous Medical Cannabis Association will have its first meeting. The association is the brain-child of Tim Barnhart, the owner of Legacy 420, a medical cannabis dispensary that has been operating in Tyendinaga for over a year. Following Barnhart’s recent retail success, at least two other medical cannabis dispensaries – Buddies Apothecary and Smoke Signals have opened up shop on the territory. Tyendinaga is no stranger to cannabis cultivation either, as it has produced a few strains that have won High Time’svaunted cannabis cup and it is a well known fact of life that many residents are supplementing their income by growing and selling the plant.

Barnhart wants to make common cause with these other dispensaries and growers and to encourage Indigenous people on other reserves to enter the industry and join the Association. Key to Barnhart’s vision is native people openly growing and selling the plant on reserve and developing other industries (textiles, fibre, building materials) from the plant to diversify and expand the local Native economy. Barnhart wants to return a portion of the profits from the industry into community programs and funding for traditional governments.

According to Barnhart, the purpose of the association is to provide a means for indigenous people themselves to self regulate their own industry on their own terms. “Canada is bringing forth legalization and regulation of this plan after decades of prohibition. We as native people need to act now to assert our own interests so as not to be left behind again.” Barnhart is concerned that despite recent Supreme Court decisions that direct the Canadian government to “consult and accommodate” indigenous people when making policies and laws that affect them, there has been little to no consultation with indigenous people as to how changing Canadian cannabis laws will affect them.

“Encourage the self-regulation of the Indigenous Medical Cannabis Industry through the application of Indigenous political and economic principles that will: uphold Indigenous self determination, protect minors, combat addiction, keep out organized crime, provide for quality control and safe handling and consistency of product, educate consumers, regulate prices, ensure fair standards of wages and benefits to workers, and otherwise promote public health and social well being.”

Barnhart hopes that proponents of this industry will be able to pool their resources and lead the way to self regulation of their own industry. In doing so, he hopes they can better resist the Big Pharma “factory” model of medical marijuana production, and advance an agenda that benefits Native communities instead.

The proposed self regulation of the indigenous medical cannabis industry is not so different from recent responses from Indigenous communities resisting the most recent efforts of the Canadian government to criminalize the Native tobacco industry. In Kahnawake, the local band Council has created a tobacco law in collaboration with tobacco businesses that would see the community protect and regulate the industry. The threat of Bill C-10 has also seen the Haudenosaunee Confederacy Chiefs Council in Six Nations develop a similar such regulatory system for tobacco.

And like these other regulatory systems, the key question is what existing indigenous political body – if any – will provide the Association with sanction and protection. When Mohawk elder Kanasaraken (Loran Thompson) of Akwesasne was asked for his thoughts on the IMCA’s draft constitution and mission statement, he questioned “What umbrella are they going to fall under? Who will come to their aid if the American or Canadian governments lean up against them?” Kanasaraken added:

“They need to have a political entity backing them up. So what I would recommend is that they get that from a long time governing entity that’s affiliated with the long house. The Kayenere:kowa the Great Law. Those people need to come in session and recognize in front of them, that these people that are in front of them [the IMCA] have all the rights in the world to do what they’re doing. But when they hurt somebody, then the people have to get involved because they’re doing something to hurt the people. But until then, they have the right to do what they are doing. But they need to get a document from the traditional government, the longhouse government under the Great Law, recognizing their right to do what they are doing. That governing entity needs to understand what they are doing clearly – that it’s all above board and that it’s all for the betterment and the health of our people.”

This issue will clearly be one of the first items of business for the IMCA to discuss. The plan is for the Association to meet quarterly and to make decisions through the consensus of its General Assembly. The constitution and mission statement of the organization are still in draft form and may be amended or changed as necessary at the meeting. Barnhart is aware the Association may take a while to get off the ground, but as he says, “the important thing is to get building this now. As Native people we have an historic opportunity to use this plant to improve all of our lives.”

Brian Marquis, a Tyendinaga man who has been involved in growing cannabis for over 40 years can barely conceal his enthusiasm for the IMCA. He is looking forward to the meeting and states:

“I’m glad to see it arrive. I’m glad that somebody’s had the courage, foresight and the ability to make this happen. Because for years we’ve all wanted something like this but we didn’t have the resources to put it together. So now it’s about time. Quite frankly I think that after a little while when people start looking at this and get involved, they will realize the benefits and just how good it’s going to be for their communities and their children’s grand children.”

“I’m glad to see the association come about because when you’re one person it’s easier for them to pick on you, but when there’s more than one person it’s a lot harder. It’s the old one arrow breaks easy, five arrows [put together] can’t break. I’m glad to see this association going this direction. The fact that we want to use traditional ways in order to implement and run this organization, to me that’s the beauty of it. This is what we’ve done for thousands and thousands of years, it’s not new.”

The Indigenous Medical Cannabis Association will be holding its first meeting on Saturday, January 28th at 10am at the Mohawk Community Centre. For more information, visit www.indigenousmedicalcannabis.org or call or text 647-493-6910.

Published in NIMCA and Tyendinaga