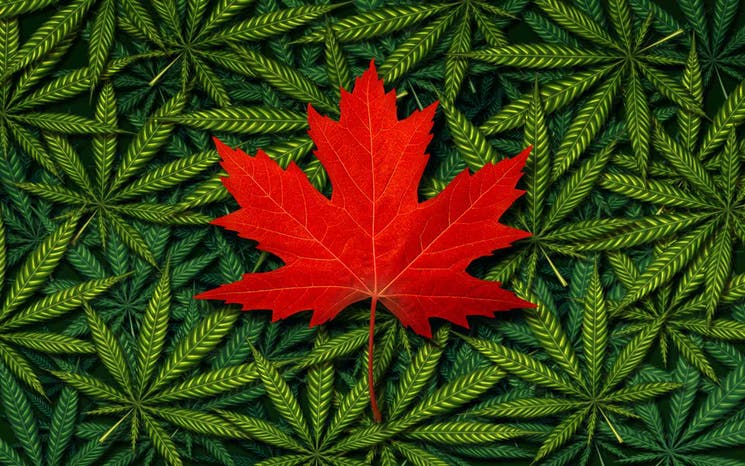 OPINION: Who is profiting off of cannabis in Canada? Not those who suffered most under cannabis prohibition

It is becoming increasingly recognized that drug laws have long been used as a tool for policing and controlling Black and Brown populations, contributing greatly to their overrepresentation in the criminal-justice system.Canada is no exception, although this feature of our past and present has received far less attention than it has in the United States.

As one of the few research efforts on this issue, a forthcoming analysis in the International Journal of Drug Policy demonstrates stark racial and gender disparities in the rates of arrest for simple cannabis possession in five Canadian cities, with Black and Indigenous people (particularly Black and Indigenous men) being more likely to be arrested than white people, despite evidence of similar rates of use across racial groups.

Against such a backdrop, the promise of a newly legalized cannabis industry in Canada was heralded by many as an opportunity to rectify the harms experienced by Black and Indigenous people under cannabis prohibition.

As we approach the two-year anniversary of cannabis legalization, a new policy brief released by the Centre on Drug Policy Evaluation and the University of Toronto shows that the potential of a diverse and equitable legal cannabis industry has been far from achieved.

This research examined the race and gender makeup of 700 executives and directors of Canadian licensed cannabis producers and their parent companies, finding that these individuals wielding the greatest financial stake and influence in Canada’s legal cannabis industry are overwhelming white men.

Specifically, the research shows that these Canadian cannabis-industry leaders are primarily white (84 per cent), with South Asian (6 per cent), East/Southeast Asian (3 per cent), Indigenous (2 per cent), Arab (2 per cent), Black (1 per cent) and Latinx (1 per cent) people making up just a small percentage of those at the top.

Women (14 per cent) are also greatly underrepresented among cannabis executives and directors. For many, these findings will come as little surprise. The underrepresentation of women and racialized Canadians among corporate leaders in Canada is well recognized and efforts are under way to reverse this trend.

While legalization has improved many aspects of the cannabis market and provided new opportunities for business development and the creation of wealth, it has fallen short of its potential to advance racial equity. Black and Indigenous people were overrepresented in the criminal-justice system for cannabis offences under prohibition, and they are now significantly underrepresented among those leading the legal cannabis industry.

While the pendulum has swung in Canada for white people to profit from cannabis, Black and Indigenous people have been left behind. The vast underrepresentation of women, and particularly women of colour, in executive and director positions is another glaring shortcoming of Canada’s legal cannabis industry thus far.

Outside of licensed producers, it is apparent that other Canadian cannabis-industry stakeholders, such as cannabis retailers, mirror this lack of racial and gender diversity, as well. Federal and provincial governments are currently in the midst of conducting a formal internal review of their cannabis-regulation frameworks. While it is past time to consider how cannabis markets can be employed to benefit Black and Indigenous people in Canada, and to repair the harms caused by prohibition, it is not too late.

Policy makers have many tools at their disposal to structurally address the underrepresentation of Black and Indigenous people, as well as women. Social-equity programs – like those instituted in California, Massachusetts and Illinois – are one such approach that could be adopted to provide targeted avenues of entry into the cannabis industry, as well as direct business and financial support, for underrepresented groups. Beyond government action, private actors should adopt strategies aimed at diversifying their C-suites and boards of directors.

Canada prides itself on being a tolerant and inclusive country that greatly values multiculturalism. As the second country to legalize cannabis, Canada must work to ensure that the principles of inclusion and equity are reflected in its budding cannabis industry.