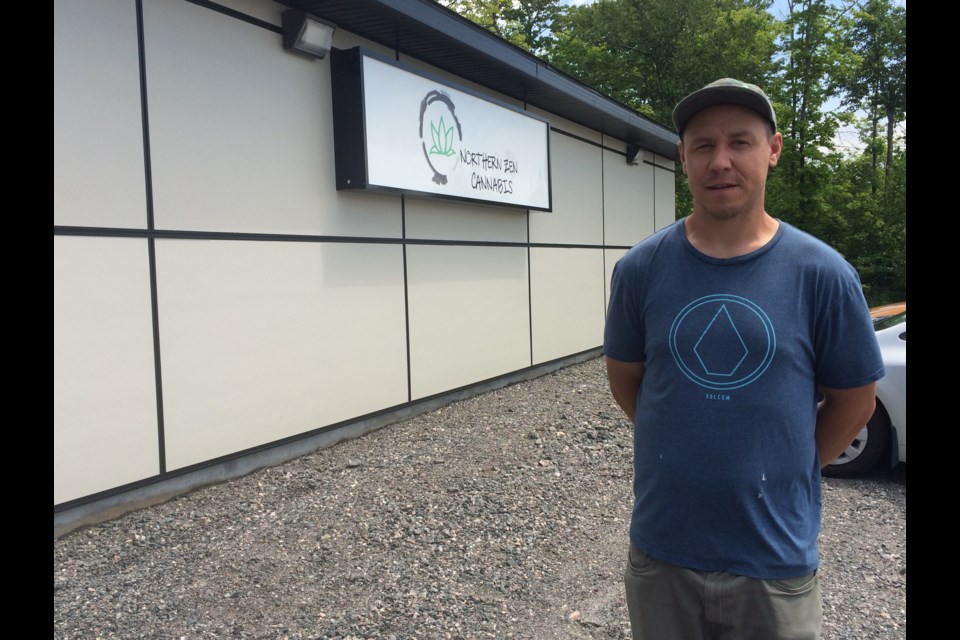 ‘The most important thing for me to say is thank you to the Nipissing First Nation community for saying ‘yes’ to allow this. Without that, we definitely would not be here’

Zachary Lacelle, owner of Northern Zen Cannabis wasn’t sure what to expect on the opening weekend of his new business.

The recreational cannabis dispensary is located on Osprey Miikan on Nipissing First Nations, just off Highway 17, west of North Bay.

“It is going pretty good. I just hope that the community supports local business,” said Lacelle.

“I was one of eight to receive a licence when Ontario did a second lottery. I didn’t get to open first here, but I was the first aboriginal licence holder in Ontario. That is something to be proud of. ”

Northern Zen Cannabis is the third such store to open on that stretch of road.

“After the lottery was done and all the names were said, a couple months later the rest of the waiting list of aboriginal people was opened. Hence the other two stores beside me now,” said Lacelle.

“The first to open was Kana Leaf. It already had a building. The other store, Cheerful Charlie’s had a store and gas bar. I was before them in the lottery but I did not have a choice when it came to opening because I had no hydro.”

It took nearly seven months just to get the power connected to his property.

“I had a plan and an expectation to get open in April. When COVID came in, I didn’t want to rush and open a store in a pandemic. I didn’t think that was right but I knew eventually I would open.”

He says the market has changed since first getting his licence.

“We here in Nipissing did consultations and I always said not just one person should get to do this. If just one person were allowed to do it, they should give 50 per cent of their profits back to the band office,” said Lacelle.

“In 2014 before legalization and before any of this, I was looking at a plan to grow. In that plan, over time, the store thing came along with legalization. I got scared when I originally started because the rules were very, very strict. It is a lot different today on that side of it if you want to be a craft grower and that was always something I wanted to try and pursue.”

Now that the business is finally open, Lacelle says it is a matter of taking things slow and easy.

“We’re kind of keeping it under control. Now that it has opened up, I can have my craft cannabis facility, much like a brewery, if I’d like to. In the Health Canada licence side of it, it is not called craft it is called micro cultivation. “

Lacelle plans to reassess his business plan in six months.