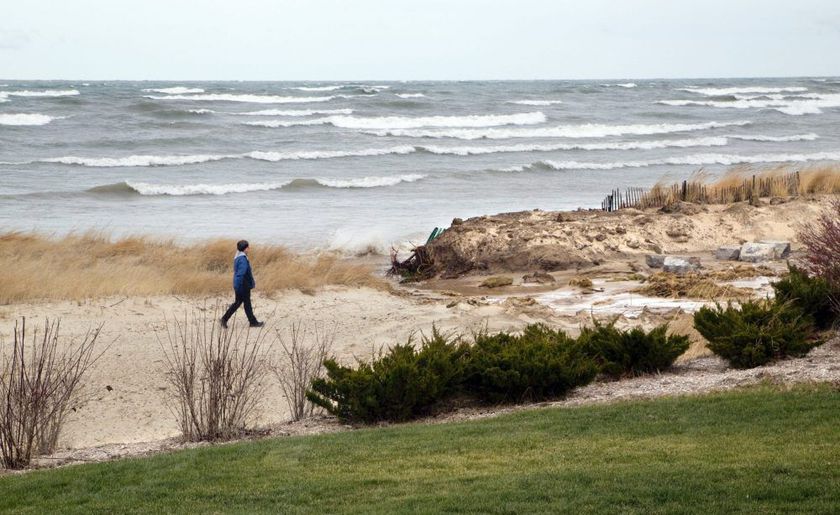 A Southwestern Ontario deputy grand chief says the Canadian justice system needs to change so Indigenous people are able to enforce laws in their own jurisdiction when troubles erupt like they did when pot shops were targeted at Ipperwash the June 19 weekend.

The justice system, said Joe Miskokomon, one of four deputy grand council chiefs with the Anishinabek Nation, needs to evolve to recognize the legislative authority of Canada’s First Nations.

“When a First Nation drafts a law and puts the law into effect under their own jurisdiction, and if there is non-compliance, it’s difficult to get court proceedings,” Miskokomon said, “because the courts do not recognize the jurisdiction of First Nations.

“But I think it’s accurate to say that the eviction took place through the demands of many citizens that have major concerns with dispensaries in their community,” Miskokomon said.

Kettle and Stony Point members who were recorded evicting people from the cannabis stores June 19 called the shop operators “invaders,” saying they had no right to the land. Some in the video were also heard saying the store operators had been previously asked to leave.

Cannabis shops in Ontario are licensed by the provincial government, including some on First Nations land, Miskokomon said.

In order for First Nations to legislate and prevent illegal operations from setting up shop in their territories, reform is needed, Miskokomon added.

“How do you enforce something when, in fact, the law itself doesn’t recognize your jurisdiction?” Miskokomon asked. “It puts everyone in a difficult position.”

The difficulty of a legal system that doesn’t recognize the autonomy of First Nations as legislators also played out when many, including Kettle and Stony Point, set up barricades amid the spread of COVID-19 in Ontario to safeguard their communities, the deputy grand chief said.

“Was it legal? Absolutely not,” said Miskokomon, a member of the Chippewas of the Thames First Nation and regional deputy grand council chief for the Southwest Region of the Anishinabek Nation.

“There’s only provincial and federal laws” and municipal bylaws, he said.

“The whole justice system has never really taken into account that it needs to transform itself in a way that is going to enable First Nations jurisdictions to emerge as a lawful, legal jurisdiction within Canada.”

In videos posted on social media, two structures burned down and a firearm appeared to be pointed as Kettle and Stony Point First Nation members moved to shut down the shops in the First Nation’s territory June 19.

The Lambton County OPP responded and closed off Highway 21 access to the area.

Kettle and Stony Point Chief Jason Henry called it a tense and hostile situation reminiscent of the deadly 1995 Ipperwash Crisis.

Attempts Tuesday to reach Henry, Anishinabek police Sgt. Murray Bressette and others on the First Nation for further comment were unsuccessful.

Henry said June 20 he doesn’t know anything about the ownership of the stores that were targeted, but said there were five cannabis shops in the former Camp Ipperwash part of the First Nation’s territory.

Six black-market pot shops on the outskirts of Oneida of the Thames First Nation near London were raided by Middlesex OPP earlier in June.

Those were on Oneida-purchased farmland held in trust in the name of an organization so were officially part of Middlesex Centre.

“So it was under the registry of the Province of Ontario,” Miskokomon said.