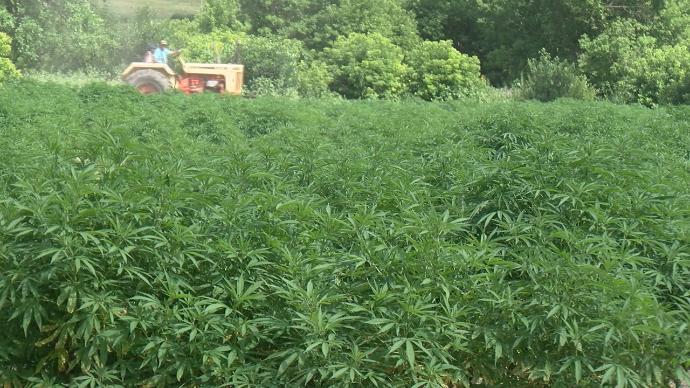 From ksfy.com link to article by Carleen Wild, Jan 16th 2020

SIOUX FALLS, S.D. (Dakota News Now) The State of the Tribes address was given today in Pierre and while a number of issues were on the table, one big topic noticeably absent – was hemp.

Several of South Dakota’s tribes are petitioning for USDA approval to grow the crop given it’s legal federally. It’s been billed as a crop that could save some of South Dakota’s farms if they’re allowed to grow it.

Until this past week, Governor Kristi Noem was so staunchly opposed to the legalization of industrial hemp, she wouldn’t even consider the discussion.

“We plan to plant on our trust ground and get going and have a product for sale next year.”

Flandreau Santee Sioux Tribal President, Tony Reider, isn’t sure there is a better use for more than a thousand acres of trust land that has sat idle for years.

Farming is something he says the tribe has wanted to do for years in an effort to better diversify its revenue portfolio.

And a majority of FSST members, according to Reider, agree hemp is the crop to grow.

“With the whole cannabis experience, it really opened my eyes to the benefits of cannabis, even hemp with THC, the medical benefits you can get from the plant itself, is great.”

Officials and farmers in 23 states have taken that same stance since industrial hemp was legalized as an agricultural commodity nationwide with the passage of the 2018 Farm Bill.

In 2019 alone, the USDA reports production quadrupled, active hemp seed licenses skyrocketed, and more than 40 universities are now studying the plant and various uses for it.

But there remain a number of obstacles for the industry: the biggest that we know of include the fact that hemp is a very labor-intensive crop; harvest and even weeding for most – needs to be done by hand.

And in states, like South Dakota, where the plant and marijuana in any form are still not legal, there continue to struggle for law enforcement when it comes to finding someone in possession.

South Dakota currently has one very high profile case pending, where a driver, transporting what he says was hemp from Colorado to a processor in Minnesota, was arrested for excessive speeding on Interstate 90. He’s been charged with possession of marijuana and intent to distribute, both Class 3 felonies, among other charges.

In the meantime, to help both sides in any state, the Drug Enforcement Agency has sent a notice to all law enforcement reminding them that hemp is not a controlled substance. And DEA registration is not required to grow or manufacture it.

Reider says once harvested, any plants being transported should be tagged, so there should never be any question as to what it is, where it belongs, or if it’s legal.

He has no concerns.

The only hope for a crop he says offers benefits for the tribe and the average consumer.

“Once you get in and educate yourself and learn and study on what it can do, it’s something that will help a lot of people I’ve heard firsthand from people that have used CBD oils, that they are pain-free for the first time in that they can remember. that’s a lot of motivation, getting products out there that can help, it’s also something that we can profit from so a big bonus as well,” said Reider.

Several acres were planted this past year as a trial run that’s hemp, sitting idle in those bales on the backside of some new tribal housing units in town.

What will happen to them remains yet to be seen.

In the meantime, Reider is looking to others who have already had experience with the commodity, to help them get started.

The plan is to grow its investment in the very same, state-of-the-art, indoor growing facility that was originally built to house the tribe’s marijuana crop back in 2015.

Unlike that attempt though, he plans to see hemp through to success, especially since the FDA has officially signed off on their venture.

And looking toward the future, Reider says these are seeds he’s excited to see sown.

“There are different strains that you grow for different products, one would be a CBD product, which would be a higher profit and we’re going to clearly go for the highest profit. Very excited to see what that is.”