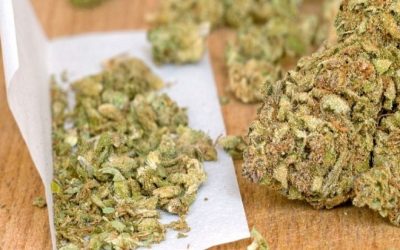 From nugget.ca link to article by Michael Lee, November 4, 2019

The move came after the province amended a regulation allowing for the authorization of 26 cannabis retail stores on First Nations after only allowing eight applications to go forward initially on a first-come, first-serve basis.

Zachary Lacelle from Nipissing First Nation is one of the eight applicants announced in August who was invited to apply, bringing the total number of cannabis store applications that will now be allowed to go through in the community up to six. Previously, each First Nation was only allowed one store.

Toronto lawyer Lorne J. Fine also received approval in August to apply for North Bay’s lone cannabis retail store, which is slated to open at Nipissing Plaza. Five other applicants are currently on a wait list.

The Nugget requested a comment from Chief Scott McLeod but did not receive a response.

McLeod has spoken before about his concerns around having a safe and legal supply of cannabis to prevent a “grey” or “black market” scenario, as well as wanting to negotiate an agreement that gives Nipissing First Nation jurisdiction over cannabis.

Nipissing First Nation has since passed its own Cannabis Law that set the legal age to purchase cannabis at 21 and which all successful store applicants will need to abide by.

“Our actions will reflect our commitment to serving the best interests of the community and upholding community safety, while balancing economic development opportunities for the NFN (Nipissing First Nation) member applicants concerned,” the notice from council said.

In a statement, Ontario Ministry of the Attorney General spokesperson Brian Gray said the province is working directly with a number of First Nations leaders and communities interested in working with the AGCO to operate “safe and secure retail outlets in their communities.

“We have heard about the importance of including an allocation for on-reserve stores to help fight the unregulated market and support economic development opportunities in First Nations communities,” Gray said.

“That’s why we have increased the number of licences available for on-reserve retail. Up to 26 applicants from First Nation communities will be eligible to receive a licence, provided they meet the criteria as set out by the Cannabis Licence Act, 2018.”

Gray added that some First Nations may wish to develop their own specific approaches to cannabis, including retail.

“Ontario’s legislation includes the flexibility to accommodate community specific on-reserve approaches and provides authority for the attorney general and minister of finance to enter into agreements with First Nations communities related to cannabis regulation including minimum age, private retail, enforcement and other matters within the scope of the legislation.”