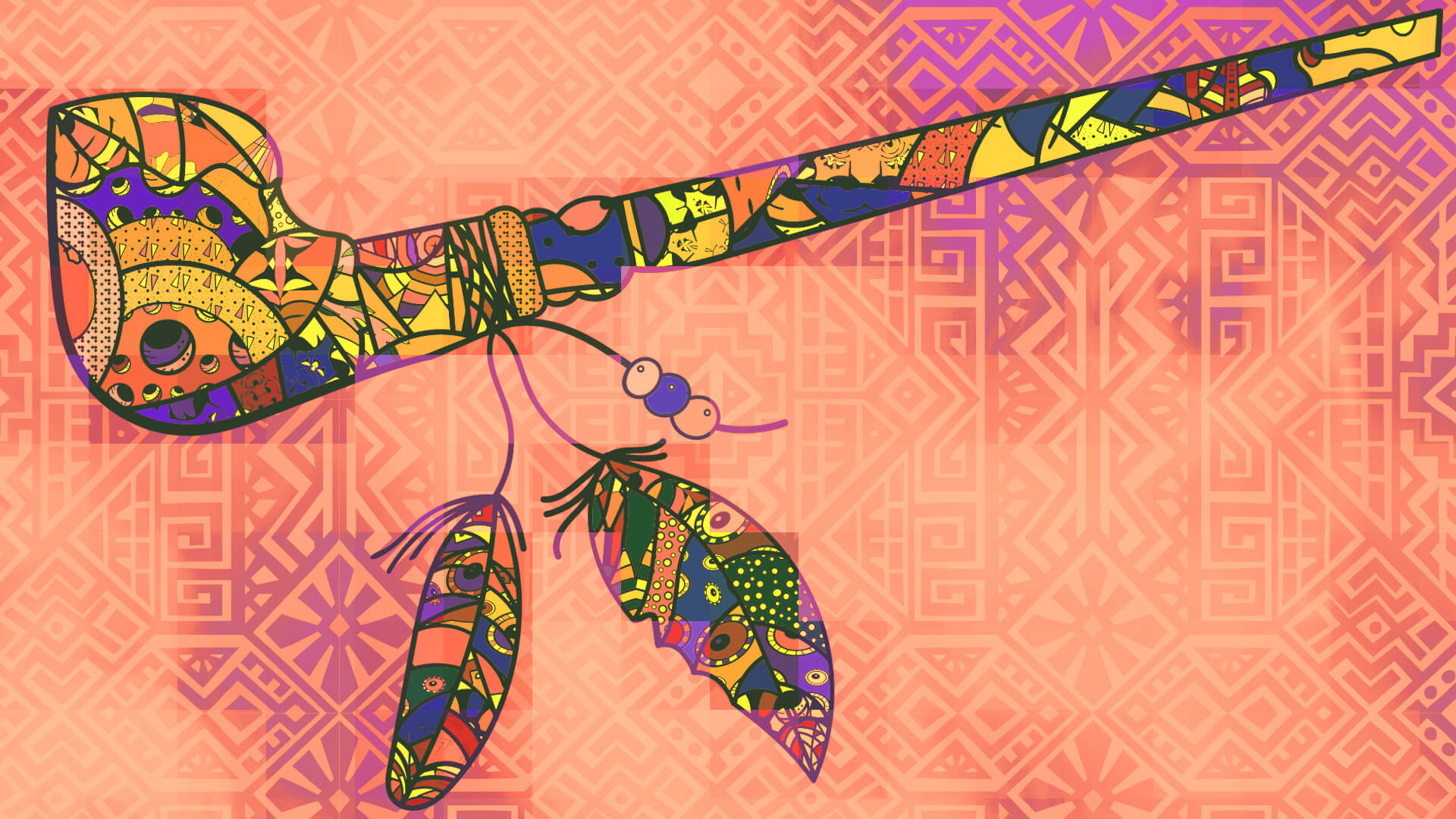 From wikileaf.com link to article by Dianna Benjamin– October 7, 2019

The short answer is, yes. Native Americans smoked weed. As did Native Asians, Native Europeans, and Native Africans. But as is the case with any historical narrative, the story is more complicated than that.

How Did Cannabis Get to the Americas?

In a 2014 Geographical Review article, Professor Barney Warf of the University of Kansas outlines cannabis’ thousands-years-long geographical journey around the world. Cannabis’ diffusion from Asia to the Americas was the result of a combination of cultural, political, and economic influences.

According to Warf, cannabis likely evolved in Mongolia and southern Siberia. Alternatively, it may have evolved near the Huang He River valley, the Hindu Kush mountains, Afghanistan, or somewhere in South Asia.

Warf reports that the human use of cannabis may reach back as far as 12,000 years. Psychoactive cannabis has been found in Pazaryk burial grounds from 3,000 BC. Chinese paintings dating to 6,200 BC containing images of the cannabis plant have been identified on Yangshao-era pottery. Carbon-14 dating technology has revealed that cannabis may have been used as a surgical anesthetic for emperor Shen Nung in 2737 BC.

Around 2000 BC, cannabis moved from China to Korea and Japan. Cannabis use was pervasive among nomadic tribes sojourning through central Asia. These tribes brought cannabis with them to the Middle East and eastern Europe.

The Aryan invasions occurring between 2,000 and 1,000 BC were most likely responsible for introducing cannabis to the south Asia, where it became and continues to be an important cultural staple for religious and medicinal reasons in India.

Nomadic tribes near the Rhein and Main rivers brought cannabis from eastern Europe to Germany. The Anglo-Saxon invasion may be responsible for the introduction of cannabis to Britain and France.

Cannabis was likely introduced to Africa through Egypt and Ethiopia by Arab merchants from the Middle East. Cannabis gradually spread from the east coast of Africa to the internal continent, where it was commonly used by the time the Portuguese arrived in the 16th century.

Colonial capitalism and slave trade are responsible for the introduction of cannabis to the Americas. Once pipe smoking was adopted for cannabis consumption, the recreational use of cannabis became much more popular due to the nearly immediate psychoactive effects produced by inhaling weed.

The Spanish, Portuguese, and British are responsible for introducing cannabis to the Americas.

Portuguese slave traders trafficked cannabis-using Africans from Angola to Brazil. From there, cannabis use spread among poor laborers in the Amazon. Spanish colonists introduced cannabis to Colombia, Chile, and Mexico.  British colonists trafficked Indian slaves to the Caribbean. These slaves used cannabis recreationally and spiritually, and this practice spread to Barbados, Jamaica, and Trinidad.

In many cases, the recreational use of cannabis by slaves was encouraged—as long as marijuana consumption did not negatively impact labor. Slave owners encouraged the plant’s mood-enhancing and tranquilizing effects. In this way, cannabis became an effective tool for controlling and assuaging slave labor.

While North American Indians were responsible for introducing tobacco to the British, British colonists were the ones who introduced cannabis to North American Indians.  Although the British were aware of the psychotropic effects of smoking cannabis, they were far more interested in the economic versatility of industrial hemp. Hemp was such an important part of the British empire’s economy, Queen Elizabeth ordered that all landowners with 60 or more acres of land were required to grow hemp or pay a fine. Farmers in the early North American colonies were required to grow hemp including such notable figures as George Washington and Thomas Jefferson.

According to the National Congress of American Indians, there are 573 federally recognized Indian Nations, each of which is ethnically, culturally, and linguistically diverse. This number does not include Indian Nations (also referred to as tribes, communities, native villages, nations, pueblos, and bands).

It doesn’t take a statistician or an anthropologist to understand that attitudes toward cannabis likely differ not only between nations, but between Native American individuals.

Moreover, from its genesis, the relationship between the United States Federal Government and the indigenous peoples who inhabited this continent before European colonists arrived has been contentious with a large disproportion of power leaning on the side of the colonizers. That means that the vast majority of history books, media, and cultural artifacts studied by children and adults do not contain a thorough or accurate recount of Native American history.

We can extrapolate based on the geographical movement of cannabis from Asia to the Americas that various tribes were exposed to industrial and recreational cannabis the way that people throughout the world have been exposed to the plant. And as we see in our own states, opinions about cannabis vary from city to city, neighborhood to neighborhood, and family to family.

That same variance is to be expected from American Indian Nations. In addition to individual ethical and moral perspectives about cannabis, American Indian Tribes receive federal funding that they have come to depend on. As long as cannabis remains federally illegal, legalizing marijuana poses a risk to that funding.

Finally, as noted by a University of Tennessee Baker Center for Public Policy report by Miranda Gottlieb called “Cannabis and The Eastern Cherokee Nation: The Challenges, Barriers, and Prospects,” Native American tribes have been the subjects of discriminatory targeting by the Drug Enforcement Agency. The report indicates that in 2015, 30,000 industrial hemp plants were seized by the DEA from the Menominee Tribe in Wisconsin. Although the Menominee Tribe was operating within the legal parameters of the 2014 Farm Bill, the DEA destroyed their hemp operation.

Cannabis has been used by communities all over the world dating back several millennia. The reasons for its use are as variable as the cultures that adopt it. As they did when humans first began to harvest and use cannabis, attitudes toward the plant will continue to shift in response to global cultural, political, economic influences.