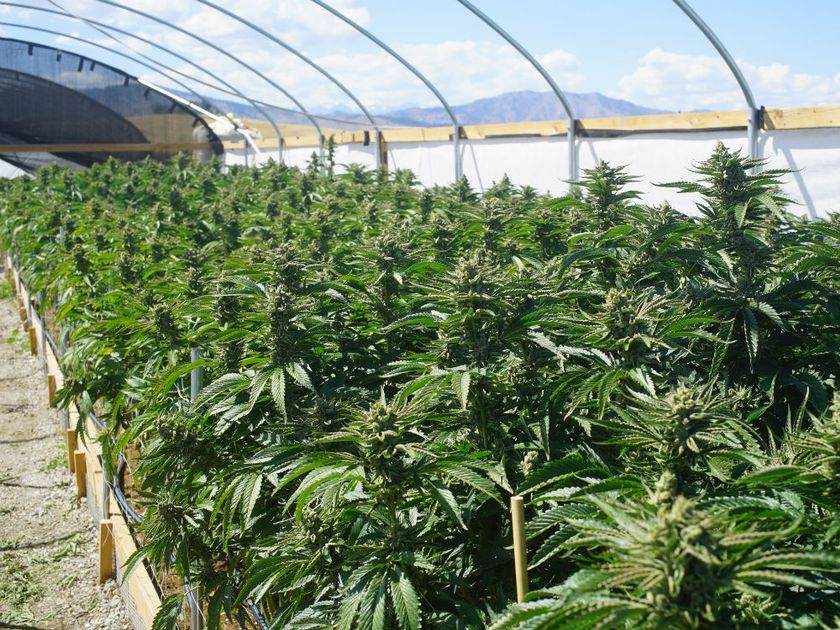 The political fight over cannabis is over, but the legal battles have just begun

From the Kingston Whig Standard Link to article by Brian Platt and Maura Forrest  December 17th, 2018

OTTAWA — The bill to legalize recreational cannabis has been one of the most fought-over pieces of legislation of Justin Trudeau’s tenure as prime minister, but now that it’s taken effect, much of the political opposition seems to have evaporated.

As the new law made its way through Parliament, Conservatives complained that the Liberals were moving too quickly to legalize weed. Tory health critic Marilyn Gladu went so far as to read out a cautionary poem in the House of Commons last December to express her displeasure (“The provinces and police in every town / Have all asked the Liberals to slow this bill down.”)

Meanwhile, New Democrats took aim at the government for refusing to decriminalize the drug as legalization approached. And last spring, the Senate threatened to derail the bill by pushing for major amendments.

But the bill survived all those legislative hurdles, and recreational marijuana officially became legal on Oct. 17.

Conservatives still say the Liberals rushed legalization, and that some tweaks might be necessary depending on how things play out over the next year. The NDP argues the Liberals should fully expunge the criminal records of those with past convictions for minor cannabis offences, rather than just offering pardons.

Still, it seems unlikely that either party will make a big issue of legal weed in next year’s federal election campaign.

People are wanting to comply, they’re just having a little bit of trouble figuring out how

“We recognize the reality now, so I do not intend to go back and make marijuana illegal again,” Conservative Party Leader Andrew Scheer told a Quebec radio station last month.

But that’s not to say it’s all smooth sailing ahead. Now that cannabis is legal, the battleground will likely move to the courts, where many features of the Liberals’ cannabis laws are destined for legal challenges.

In some cases, having the courts settle policy is by design. For example, the federal government decided not to intervene when Manitoba and Quebec announced a ban on home cultivation (the federal legislation allows up to four cannabis plants), instead saying it will wait for residents to challenge the ban.

On other matters, such as drug-impaired driving, it’s simply unavoidable that the courts will play a big role as lawyers and their clients look for weak points in the laws.

It will likely be slow going, as these cases typically take years to work their way through the justice system. But if you’re looking for how Canada’s cannabis regime could still see significant changes, here’s what to keep an eye on.

When federal Justice Minister Jody Wilson-Raybould appeared at the Senate legal affairs committee on Mar. 28, 2018, the issue of Manitoba and Quebec banning home grow was one of the first things she was asked about.

“It is not the intention of the federal government, with respect to home cultivation, to challenge provincial laws,” Wilson-Raybould said. “If an individual were to challenge a provincial law on the basis that they wanted to provide a licit home grow in their dwellings, that is their prerogative to do so, and the federal government would take a position at that point.”

Wilson-Raybould went on to make it clear she does indeed have a position on this: in order to prevent a black market, people should be allowed to grow a small amount of cannabis themselves. But instead of trying to settle that through political means, the federal government will wait for a judge to declare whether a provincial ban conflicts with the intent of the federal law. If a conflict is found, the federal law will win.

“If there is a challenge that comes from an individual in a particular jurisdiction, of course we would look at that and decide the manner in which we would proceed,” Wilson-Raybould said. “But this is federal legislation, and we fundamentally support our legislation and it would be incumbent upon us to defend it.”

Before any of this can happen, however, the federal government needs to wait for the court process to begin. This will most likely take the form of someone getting charged under the provincial law for possessing a cannabis plant, and then choosing to fight that charge. So far, there have been no reports of someone challenging the home-grow ban.

We recognize the reality now, so I do not intend to go back and make marijuana illegal again

Many First Nations are looking to benefit from cannabis legalization, often by partnering with existing licensed producers. But some are going further, arguing that they have the inherent right to produce and sell cannabis on their reserves, regardless of federal and provincial laws.

In Saskatchewan, the Muscowpetung Saulteaux First Nation recently opened an unlicensed cannabis store despite warnings from the provincial government that it must have a licence to operate legally. In a letter, Chief Anthony Cappo wrote: “The elected leadership understand that as a Sovereign Treaty Nation, Muscowpetung has the authority to regulate the use and sale of Cannabis/Hemp within our Nation.”

Similar battles are brewing elsewhere, including in Nova Scotia, where some First Nations are planning to open their own cannabis stores despite the fact that the province controls marijuana sales. In Ontario, the Mohawk community of Tyendinaga is already home to dozens of cannabis stores, and more than one dispensary owner has threatened a constitutional challenge if they’re shut down.

Mark Walters, a professor of constitutional law at McGill University, said it’s likely these issues will end up before the courts. But he said it may be difficult for a First Nation to win a constitutional challenge over selling cannabis, because the Supreme Court of Canada has interpreted Aboriginal rights quite narrowly in the past. Typically, First Nations have to prove that an activity was integral to their culture before contact with Europeans, which is easier with respect to hunting and fishing, but “very hard to do in terms of any kind of economic venture,” he said.

“They have a real uphill battle in one sense, because the case law so far is kind of out of step… with the thinking among First Nations communities about their own constitutional status.”

Walters said it may be time for the Supreme Court to revisit some of its past cases in light of changing attitudes toward Indigenous autonomy, which could have an impact on decisions regarding First Nations and cannabis sales. “I think the whole question of self-government as an Aboriginal or treaty right is kind of ripe for reconsideration,” he said. “I’m not suggesting that the court will necessarily revisit these ideas … but it’s a possibility. And certainly those kinds of arguments will be put before the court.”

The government introduced tough new rules on drug-impaired driving to coincide with the legalization of recreational cannabis. The question is not whether those rules will be challenged in court; the question is how soon.

Defence lawyers will eventually take aim at the new saliva-testing devices that police officers are authorized to use, arguing they are unreliable — particularly in cold weather. However, only a handful of police forces across the country have started using the devices.

But there’s a bigger controversy that has been somewhat overshadowed by the saliva devices, and that’s the new criminal charges based on blood-drug levels.

The government’s legislation allows police to criminally charge someone based solely on the level of THC in their blood, without having to further prove impairment. This is known as a “per se” level, in the same way that a “per se” level exists for alcohol (80 mg of alcohol per 100 ml of blood, or more commonly known as .08).

Drivers who test between two and five nanograms of THC per millilitre of blood receive a fine of up to $1,000. Drivers who test above five ng, or who test above 2.5 ng combined with a blood alcohol concentration above 50 mg per 100 mL, receive the existing Criminal Code impaired driving penalties that mandate a minimum $1,000 fine and then jail time for repeat convictions.

But while there is established science linking alcohol blood concentration to impairment, toxicologists warn there is much less research to link impairment to blood-drug concentration. THC is fat soluble, meaning it can still show up in the blood stream for days or weeks after consumption.

Don’t count on any imminent court challenges, however. It takes months for police to process a blood sample and lay charges. Defence lawyers will also need to wait for the right case to come along, given it’s likely the appeals would go all the way to the Supreme Court of Canada.

“I think everybody got really excited about the idea of constitutional challenges without thinking about how long the practical realities of that were going to take,” said Kyla Lee, a Vancouver lawyer who specializes in impaired driving cases and testified at parliamentary committees about the new laws.

She also said that in her experience so far, police have been giving plenty of warnings and writing tickets under provincial law, but haven’t been aggressively pursuing the new criminal charges.

“My suspicion is that (police) are nervous about the constitutional integrity of these laws and if there’s an effective means of dealing with the public safety issue that doesn’t expose them to the risk of a constitutional challenge … they’re more likely to take that avenue right now,” Lee said.

The cannabis bill sets out very restrictive rules around how cannabis companies can brand and promote their products. Recreational cannabis must be sold in plain packaging with health warnings and size limitations for the producer’s brand name and logo. Cannabis companies cannot promote their products using images of people, characters or animals, or in a manner that appeals to young people or links cannabis with glamorous or exciting lifestyles.

The law does, however, allow cannabis companies to use a “brand element” on a “thing that is not cannabis or a cannabis accessory,” so long as the “thing” doesn’t appeal to young people. But Branch said it’s unclear what things would run afoul of the law, and the government has provided little clarity. “It can be challenging to imagine what is a thing that doesn’t appeal to young people,” she said.

Health Canada recently said it has already contacted seven regulated parties to “bring specific concerns to their attention” about cannabis promotion, but hasn’t identified which companies may have broken the rules. Branch said the industry is hoping the department will soon provide more information about what kind of promotion is allowed. “People are wanting to comply, they’re just having a little bit of trouble figuring out how,” she said.

Sara Zborovski, a partner with Norton Rose Fulbright, said she expects to see “lots of challenges around the promotion” of marijuana as companies push the envelope on advertising and meet pushback from Health Canada.