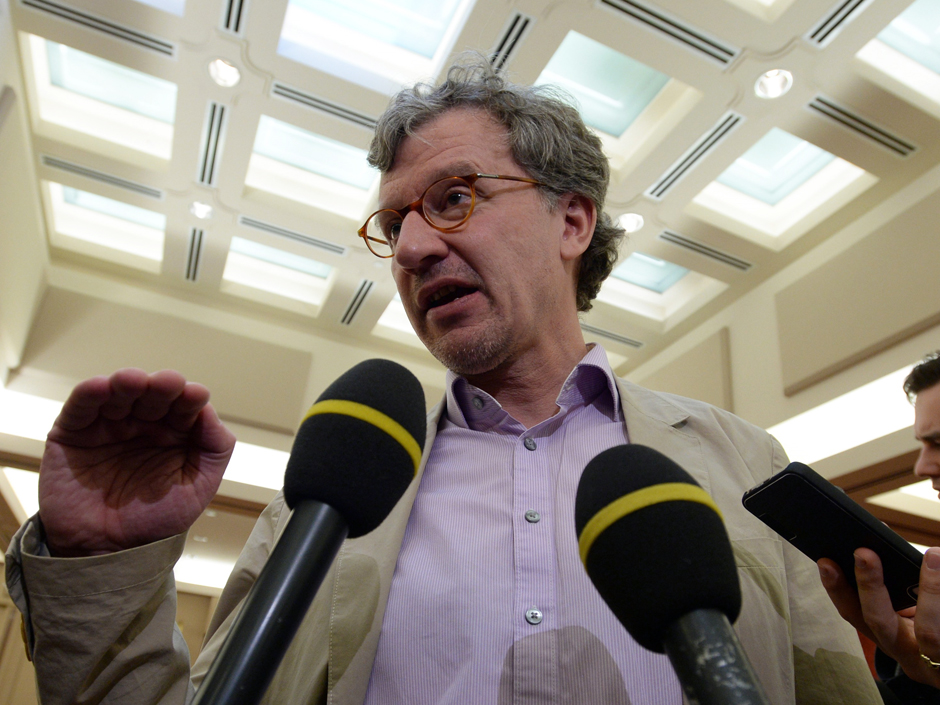 Sandra Thorkelson sees them huddled outside the addiction clinic opposite her bank in North Bay, Ont., and knows a surprising number personally.

They are patients on methadone treatment, though some admit to Thorkelson their daily dose of the synthetic opioid is more for pleasure than therapy.

“I honestly don’t think it’s a way of treating themselves,” said the resident of Corbeil, just outside North Bay. “It’s seen as a cheap, or free, high.”

Whether motivated by medical need or not, Thorkelson’s acquaintances are among a fast-growing army of Canadians undergoing a once-rarefied treatment — and provoking debate among experts and politicians.

The number of patients on methadone has soared in recent years, climbing in Ontario alone from 3,000 in 1996 to over 50,000, almost four times the per-capita rate in the U.S.

The cost has burgeoned as well, with the Ontario Health Ministry now paying $156 million a year to support the program.

B.C. has seen a similar jump — the numbers almost doubling to 18,000 opioid-maintenance patients in seven years — and though statistics elsewhere are scarce, anecdotal evidence suggests methadone use is growing countrywide.

‘I honestly don’t think it’s a way of treating themselves. It’s seen as a cheap, or free, high’

Alongside it has risen a mini-industry, with one company boasting 57 methadone-maintenance clinics — serving over 10,000 patients daily.

The trend is a striking reflection of what an addictions specialist calls the “public health crisis” of prescription-opioid abuse. Methadone was once used exclusively for heroin addicts; most patients today are hooked on medicines from oxycodone to fentanyl, often after a doctor prescribed one of the painkillers.

But some critics question whether the pendulum has swung too far — from addicts having trouble accessing a potentially life-saving service — to doctors “indiscriminately” prescribing an intrusive, costly and possibly years-long treatment before alternatives are tried.

“It’s kind of absurd to put a 21-year-old who has maybe played with OxyContin and hydromorphone for a year or two … on lifelong methadone maintenance,” said Benedikt Fischer, a scientist at Ontario’s Centre for Addiction and Mental Health. “All of a sudden the biggest opioid problem may actually be the maintenance treatment.”

He stresses that methadone remains an important treatment. But Fischer and colleagues co-wrote a commentary in a substance-abuse journal recently that suggested trying such options as detox and behavioral therapy first.

As things stand, the economic incentives favour placing a growing number of people on methadone, producing an array of private clinics dedicated almost solely to the treatment, Fischer argued.

There is another issue, too. The first-line “opioid maintenance treatment” in most of Canada is methadone, though another opioid-maintenance drug, suboxone, is considered six times less likely to cause overdoses. Methadone itself was a factor or cause in an average 108 deaths yearly in Ontario from 2011-14, the chief coroner’s office says.

Vancouver Coastal Health recently announced a shift to suboxone as the first choice — as is the case in the United States — but it is largely alone in Canada.

Ontario’s Liberal government is sufficiently concerned about the issues that Dr. Eric Hoskins, the health minister, recently set up a “methadone task force,” charged with overhauling the system, he revealed in an interview.

The minister has already cut the fee that is paid to doctors for methadone urine tests to $15 from $29, sparking outcry from addictions physicians.

Hoskins told the National Post the evidence of suboxone’s greater safety is convincing. But he also wants his task force to recommend ways the program can do more than just dole out methadone to patients who sometimes have an array of health and social problems.

“Many, many of the individuals aren’t getting the additional support they need or getting plugged into community mental health programs,” said the minister. “We have an opportunity to really be bold here, and look at reforming in a substantive way our entire approach.”

But some addictions experts caution against pulling back on methadone treatment, citing evidence that it’s the most effective way to stabilize opioid addicts.

Even Fischer and his colleagues argued 20 years ago for making methadone more available — and that was before the prescription-narcotic epidemic began, noted Dr. David Marsh, medical director of the Ontario Addiction Treatment Centres. The chain owns 56 clinics in Ontario and one in Manitoba.

“The number of overdose deaths (from opioid painkillers) are close to or higher than deaths from motor vehicle accidents,” said Marsh. “It seems an odd time to say there’s too much treatment available … We need as many effective treatments as possible.”

He also stressed that the College of Physicians and Surgeons does regular audits to ensure physicians prescribe the therapy to those who truly need it.

Like heroin or oxycodone, methadone is itself an opioid, satisfying cravings but helping injection-drug users avoid disease-spreading needles, and providing stability that can allow users to lead a normal life.

More research would certainly be useful, but three decades of evidence points to opioid-maintenance therapy as the most effective answer to opioid addiction, she said.

Bruneau does question why methadone is the first choice in much of Canada, when suboxone is safer, and could be administered by family physicians without the cumbersome routine of regular urine tests and daily visits.

She and Fischer are part of a new trial funded by the Canadian Institutes of Health Research that will compare the benefits and risks of methadone and suboxone.

Back in North Bay, meanwhile, Thorkelson said some patients have told her people need only show up at a clinic, test positive for a prescription opioid, say they’re addicted — and be virtually assured of getting methadone treatment indefinitely.

Her allegation could not be independently verified, but she said she has four or five acquaintances on methadone, as well as others hooked on prescription opioids.

“What blows my mind is that I live in a fairly small community,” she said, “and it seems so pervasive here.”