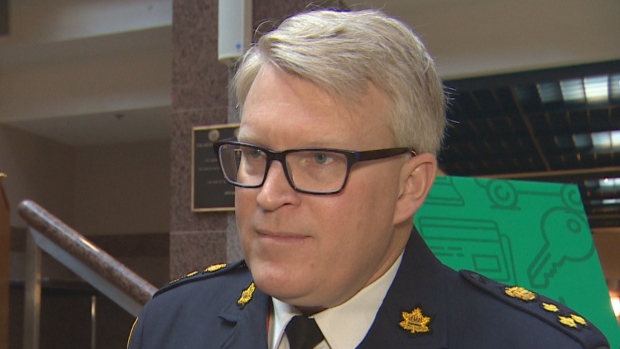 PHOTO: Waterloo Regional Police Chief Bryan Larkin, who serves as president of the Ontario Association of Chiefs of Police, was in Toronto to warn drug users about buying their weed from illegal sources. (Ed Middleton/CBC News )

With legalization on the horizon, chiefs hope to deter people from buying drugs from illegal sources

As preparations continue for the sale of legal recreational marijuana this summer, provincial police chiefs concerned about contaminated drugs have launched a campaign to deter people from buying pot from illegal sources.

Called Know Your Source, the campaign launched at Toronto police headquarters on Tuesday.

“You think you’re consuming marijuana but it may have come in contact with an opioid, which can be fatal and can be deadly,” said Bryan Larkin, president of the Ontario Association of Chiefs of Police (OACP.)

In Ontario, recreation legal marijuana will be sold by a provincial outlet for cannabis sales, recently named the Ontario Cannabis Store.

“It’s important that they understand that where they are purchasing [marijuana] is actually a legitimate, inspected and appropriate location,” said Larkin. “We’re very concerned about that as we move forward, particularly with the legalization of cannabis.” 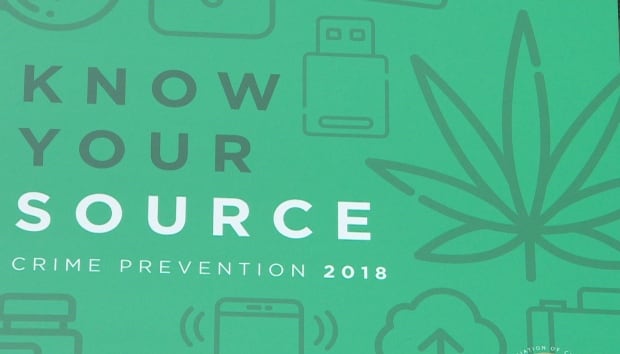 The Know Your Source campaign is just one element of this year’s crime-prevention campaign. (Ed Middleton/CBC News)

Know Your Source is just one piece of this year’s OACP campaign.

Along with concerns over contaminated drugs, they are also warning people to protect themselves from fraud, with a particular focus on cyber scams.

“Crime is a click away, and all the things coming to us look legitimate, whether it’s a text message saying you won a prize or an email message saying ‘we need your help.’ It looks legitimate, and that’s the new breed of crime now,” said Sudbury Police Chief Paul Pedersen.

He said this type of crime has victims of all ages, from younger people comfortable with technology who sometimes click too quickly, to older generations “who grew up in a time when you could trust everybody and when they get a phone call they want to believe that the person on the other end is legitimate.”

As part of the launch, a booklet with tips on how to avoid being a victim of fraud was unveiled.

It includes information on risks associated with illegal cannabis, protecting yourself from online fraud, and avoiding tax scams.