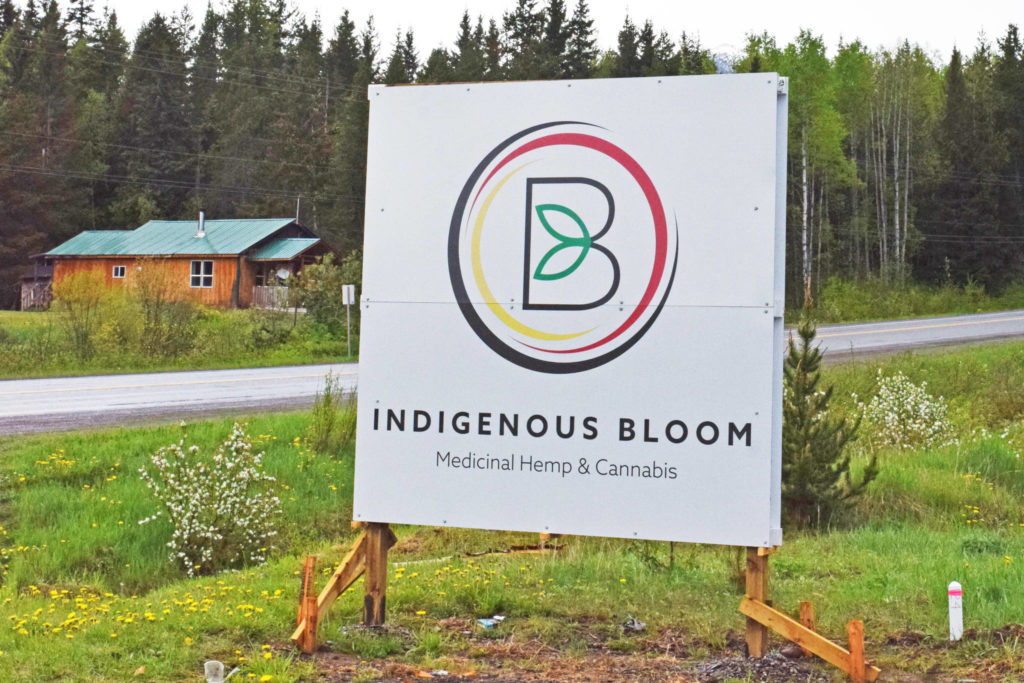 Witset writes its own cannabis law

The Interior News has learned a new cannabis shop scheduled to open soon in Witset — with a cultivation plant to follow — will operate outside federal and provincial regulatory frameworks.

“The Witset First Nation has an inherent and constitutionally protected right to self-government over their people, their economy and their land,” said Trevor Morrison, CEO of the Kyah Development Corporation in an email. “The Witset First Nation takes the position that this encompasses a right to exclusively govern cannabis-related activities from seed to sale on their reserve land and this right is protected by section 35 of the Constitution Act, 1982.”

Recently, Witset became the seventh First Nation to partner with Indigenous Bloom, a cooperative of First Nations and Indigenous peoples involved in the cultivation and retailing of medicinal and recreational hemp and cannabis products in B.C.

In an email the B.C. Ministry of the Attorney General (AG) confirmed existing Indigenous Bloom operations are unregulated as far as the Province is concerned.

“No Indigenous Bloom stores are currently licensed by the province to sell non-medical cannabis.”

Indigenous Bloom was already operating on the Kwaw-Kwaw-A-Pilt First Nation (Chilliwack) when cannabis became legal for recreational use on Oct. 17, 2018. Kwaw-Kwaw-A-Pilt quickly wrote its own cannabis law to replace Canada’s Cannabis Act, as many First Nations across the country have done, including Witset.

In fact, the Witset Indigenous Bloom operation will become part of a growing First Nations on-reserve cannabis cultivation and retailing network that currently numbers more than 160 across the country.

Morrison said Witset passed its Witset First Nation Cannabis Control Law (CCL) on April 22 and that it was designed to meet or exceed federal and provincial standards.

“The Cannabis Law was designed to protect the Witset First Nation’s members and anyone else involved in the cultivation, sale, possession or consumption of cannabis on reserve land, and the law includes explicit protections in respect of sales to minors and the credibility of a person applying for cannabis cultivation and retail permits,” he wrote.

Darwin Douglas, a Cheam First Nation councillor, who helped Kwaw-Kwaw-A-Pilt partner with Indigenous Bloom, explained that many First Nations are taking the stance that pot production, distribution and sales are protected under the provisions of self-determination and self-governance under the Constitution and UNDRIP.

Under the deal struck between the federal government and provinces, marijuana distribution was technically established as a provincial responsibility and excise tax revenues were divided among the provinces (75 per cent) and Canada (25 per cent).

“The Province doesn’t have jurisdiction over First Nations lands,” Douglas said, “which is why some of the First Nations locally have enacted their own cannabis laws.”

While the AG’s office made it clear Indigenous Bloom operations on reserves fall outside federal and provincial regulations, the Province appears to be treading lightly on the issue.

Enforcement of B.C.’s Cannabis Control and Licensing Act (CCLA) falls on the Community Safety Unit (CSU). The CSU has shut down numerous unlicenced dispensaries in the province, but so far on-reserve outlets have been largely unaffected.

A jurisdictional showdown was perhaps inevitable after the government ignored a warning in a report by the Senate Standing Committee on Aboriginal Affairs that First Nations may have jurisdiction over the production, distribution and sale of cannabis.

The government responded to Senate concerns over jurisdiction by saying the Cannabis Act is a general application law, like the Criminal Code that applies to all Canadians including Indigenous Peoples and that Indigenous cannabis cultivators and sellers would have to obtain the appropriate federal and provincial licences.

It said FN communities could deal with issues of local control in the same way municipalities have been given control over if and where dispensaries and production facilities can be located in their communities. It said concerns about revenue generation for First Nations governments could be solved through adoption of the First Nations General Services Tax agreement or through property taxes.

Skeena-Bulkley Valley MP Taylor Bachrach said the government failed to properly consult First Nations, which he said, may be why the feds are also treading very lightly on the issue.

“It does seem like there is a fairly major grey area in the federal regulatory approach when it comes to cannabis on reserves,” he said. “In my view, the federal government should have worked this out before it passed the Cannabis Act.“

Bachrach said concerns have also been raised to him regarding the safety of unregulated cannabis products.

Morrison took exception to any suggestion products made or sold on the reserve will be of anything but the highest standard.

“The Witset First Nation will take all steps under its Cannabis Law to ensure that the quality of cannabis cultivated, packaged, processed and sold on its reserve land meet or exceed federal and provincial standards,” Morrison said.

Indigenous Bloom also insists their standards are as high or higher than those in the federal regulations.

“As a company, we pride ourselves on regulatory compliance and products standards,” the company’s website states. “Using state-of-the-art equipment and high-end production facilities, we ensure to meet or exceed all Health Canada standards and guidelines.”

Bachrach believes uniform standards are important, but should not be reached unilaterally.

“There was a lot of frustration on the part of First Nations who didn’t feel consulted and at the same time we have this real situation where we have the potential for real divergent standards on- and off-reserve,” he said.

“It seems to me it would be better to have consistent standards across the board, but to get there, there have to be concerted conversations between the federal government and First Nations.”