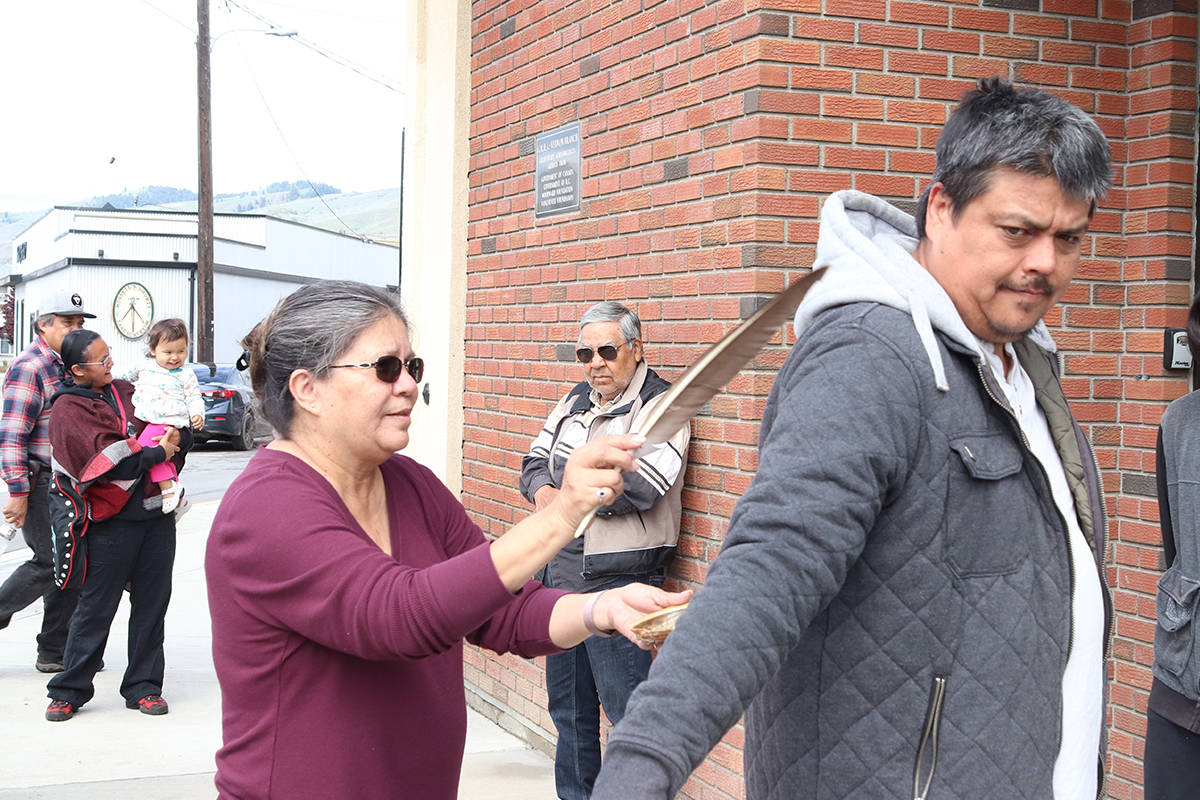 The grand opening of Tupa’s Joint in downtown Vernon looked different than that of most other cannabis dispensaries, commencing with an Elder-led prayer, a drumming performance and a traditional smudging ceremony.

In this respect, the opening on Saturday, May 23, was suggestive of how the Indigenous Health and Wellness Store plans to set itself apart in a growing local cannabis market — one that saw another dispensary open on the same day.

Located on 28th Avenue, Tupa’s Joint offers Indigenous cannabis and hemp products alongside traditional First Nations medicines produced by members of the Syilx Nation and other First Nations from around Canada.

“What’s unique is the traditional and cultural aspect of everything that we have going on, including our medicines,” said owner Cory Brewer, a member of the Okanagan Indian Band,

“We consider CBD and THC a medicine, and we’re using it to enhance other First Nations medicines as well, which hasn’t been done.”

The mission statement of Tupa’s Joint is implied in the name; in Syilx language, Tupa means “great-grandmother.” The store’s mission is in part to incorporate ancestral knowledge in its business.

“Tupa’s Joint recognizes the ceremonial and medicinal significance of cannabis and hemp, the reason for the pride in being able to provide Indigenous medicines that are a source of physical, emotional, mental and spiritual healing to all people,” Brewer wrote in a welcome message prior to the opening.

“This is just the start of something very big and we are all very excited,” Brewer said on Saturday. “We’re going about this in a different way than most dispensaries.”

The store’s second level is currently an empty room and kitchen — but it won’t be for long. Brewer said the floor will be transformed into a space for Syilx language classes, health and wellness and cannabis cooking classes run by staff who have been studying up on the culinary possibilities of cannabis.

“Nobody has anything like this. We’re pretty much the first to take it in this direction.”

While the middle of a pandemic would seem to be an untimely circumstance for opening a business, Brewer says that hasn’t been the case.

“It’s been more of a push because things are shutting down everywhere and right now we’re one of the main employers of our band members,” he said. Tupa’s Joint has close to 20 staff members currently and plans to add more.

“We’re also employing our Elders, they’ll be signing people in at the front.”