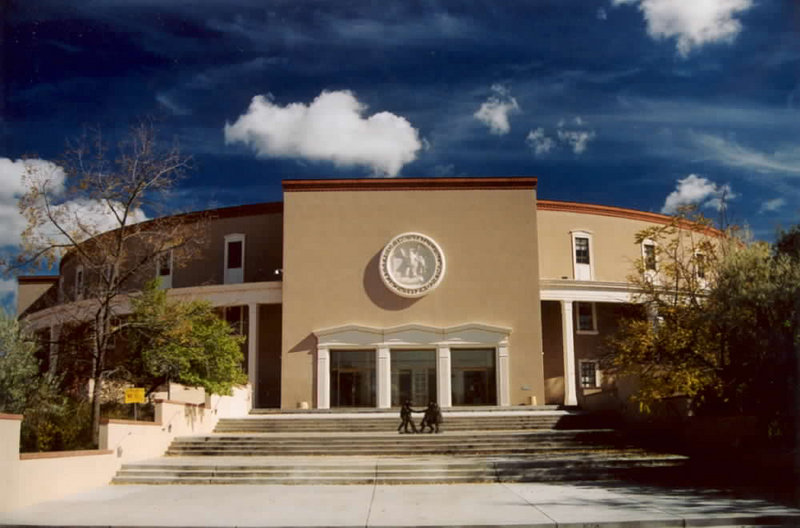 Amended cannabis on tribal lands bill heads to the House

From nmpoliticalreport.com link to article by Andy Lyman, Feb 13th 2020

An amended version of a Senate bill that would allow agreements between the New Mexico Department of Health and Native American groups about medical cannabis was approved Wednesday by the Senate 25-16.

Most of the concern over Shendo’s bill was that it could result in tribal communities selling medical cannabis to non-tribal members, causing de facto legalization in areas of the state.

That concern seemed to be shared by Sen. Daniel Ivey-Soto, D-Albuquerque. He successfully passed an amendment to the bill that specifies that any medical cannabis program a tribal community creates would only be for members.

“Everytime I asked the sponsor of the bill about the necessity of this, he kept going back to the number of tribal members who participate in medical cannabis,” Ivey Soto said. If the intent is to open this to tribal members, this amendment allows that to happen. If the intent of this bill is to get around the plant count, get around the licences, to blow open the doors of the Lynn and Erin Compassionate Use Act, then you wouldn’t want this amendment.”

Shendo, a member of the Jemez Pueblo, said he would not support the amendment, although it’s unclear exactly who supported it as it came down to a voice vote.

The bill heads to the House next.

Shendo sponsored a similar bill last year that did not make it through both chambers before the session ended. This year, one of his talking points in committee is that the Picuris Pueblo, near Taos, already tried to establish its own medical cannabis program that was shut down by the federal government. Shendo told Senators on Wednesday that the U.S. Attorney’s office told members of the pueblo that a government-to-government agreement would prevent the federal government from raiding tribal lands looking for cannabis.

Since cannabis is still illegal federally for all purposes, Shendo said, those who live on tribal lands risk being arrested by federal agents when they travel to or from their homes. He also said each indigenous group in New Mexico would have a choice to start their own medical cannabis program or not.

Sen. Craig Brandt, R-Rio Rancho, offered his own amendment which failed, also on a voice vote. Brandt’s amendment would have struck a significant portion of the bill that outlines how the New Mexico Department of Health would oversee parts of tribal medical cannabis programs. Brandt said his amendment was an attempt to stay out of tribal affairs, especially ones tied to federal law.

“We have no right to get in this battle,” Brandt said. “Us saying it’s ok isn’t going to matter one hill of beans.”