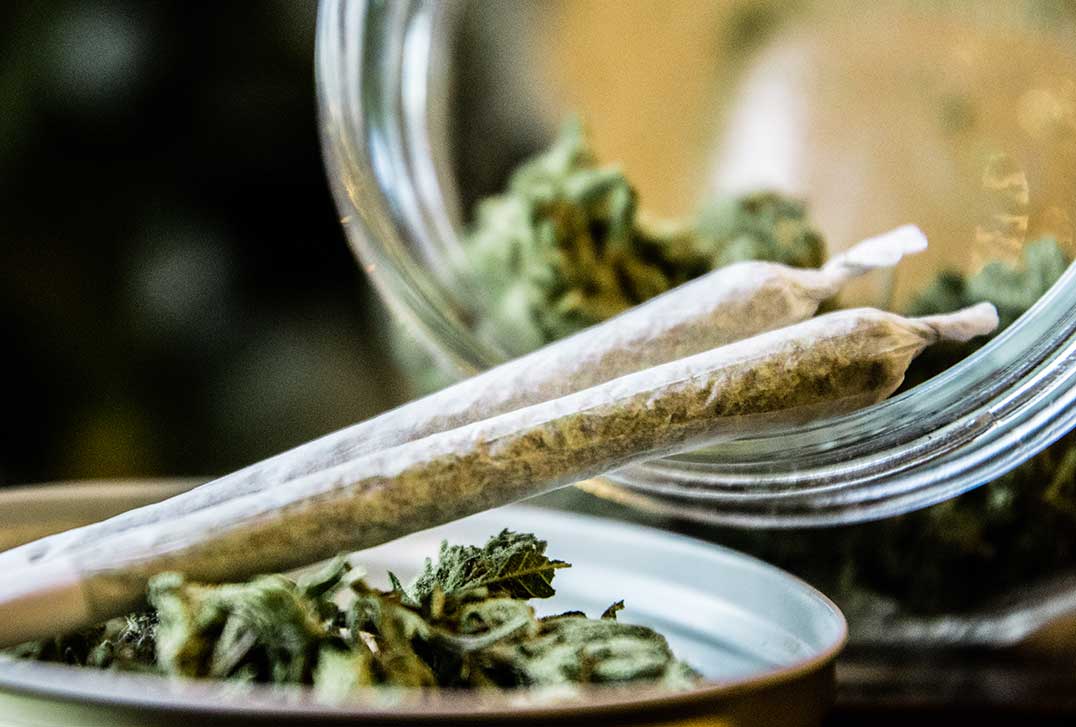 Statistics provided by Public Safety Canada show there have been 234 applications for record suspensions to date.

The government has estimated that about 10,000 people are eligible for the expedited pardons.

“I think they’re incredibly low, given what we understand is probably tens of thousands and probably many more convictions for simple possession,” she said.

“So I think we know, of the people who are eligible, if they know about it, they’re choosing not to apply … either because it’s historical and they didn’t want to go back and revisit that, or there were still costs involved in applying for this process.”

Getting fingerprints and retrieving the documents required for the application process can cost hundreds of dollars, Pate said.

Bill C-93, which came into force in June, eliminated the $631 application fee and also waived the five-to-10-year waiting period for filing applications.

It came after the government legalized and regulated the possession, cultivation and distribution of marijuana for recreational use on Oct. 17, 2018.

Scott Bardsley, spokesman for Public Safety Minister Bill Blair, said the previous pardons process could take six months or more, while the new process is free and takes just a week on average to complete.

“The new system has made things simpler, quicker and cheaper,” he said in an email. “A pardon removes obstacles to things like employment, housing, travel and education.”

On the numbers, Bardsley said some people may already have received a pardon, while others may have died before getting a chance to apply. And only those with a single charge of simple possession on their records are eligible; those with multiple charges are disqualified.

Pate described Canada’s pardon system as “punitively costly and inaccessible.” She said she intends to reintroduce legislation that would amend the Criminal Records Act and allow for the expiry of some criminal records.

Pate said she plans to table the bill again in early 2020 and hopes to win the support of the Liberal government.

She said the bill is based on the argument that once someone has served a sentence and is trying to move on with their life, they should not be left in “limbo” because of a criminal record.

Iulia Pescarus Popa, a spokeswoman for the Parole Board of Canada (PBC) said there are no reliable figures on how many Canadians are eligible for the pot pardons.

“There are no definitive statistics available on the number of Canadians with only simple possession-of-cannabis convictions, and PBC is therefore unable to estimate the number of applications it may receive, or when these applications may be submitted,” she said.

“The PBC’s focus remains on processing applications that it receives in a timely manner.”

The PBC says it sent letters to about  2,000 police and other justice partners, as well as several hundred organizations that deal with youth, mental health and addictions and Indigenous or black Canadians, to raise awareness about the new cannabis record suspension program and its eligibility criteria.

It also produced an application guide with step-by-step instructions and set up a toll-free information line and email address to answer questions, Pescarus Popa said.

Michael Ashby, director of the National Pardon Centre, said a lack of public awareness is likely not the only explanation for the low numbers of applicants.

He said he believes the pool of people who are actually eligible is likely a small one, since most often a simple cannabis possession charge comes along with another charge, such as impaired driving, trafficking or assault.

The administration process also remains costly and cumbersome, he said.

“It’s not free. It’s better. It’s much cheaper and you can get it sooner,” he said. “So it’s a good start, but it would have been great to hand that to everyone rather than just the people who smoked a joint in the wrong place at the wrong time and managed to get themselves caught for it.”

The previous Conservative government under Stephen Harper made changes to the pardon system in 2012, increasing the fee and extending the period an offender was required to wait before applying.

Ashby called for broader reforms to help people to get on with their lives as law-abiding citizens.

“I think they need to address that rather than make a show of throwing a bone to the marijuana community and saying, ‘Look what we’re doing, a couple hundred of you got a pardon much easier, so congratulations,'” he said.

Samantha MacAleese, a PhD candidate at Carleton University who studies the “collateral impacts of punishment,” said the government missed an opportunity to help people get past their criminal records because it’s offering pardons instead of full, free and automatic expungements.

Some already-marginalized Canadians are more severely affected than others, she added.

“Black and Indigenous people in Canada were disproportionately affected by cannabis prohibition laws, and that includes receiving convictions for minor possession of cannabis,” she said.

A pardon, or record suspension, does not erase the fact you were convicted of a crime, but it keeps the record separate from other criminal records.

During the pardon debate, the NDP pushed for expungements. The Liberal government said expungements are reserved for cases where a law has been found to be unconstitutional.

The Liberal government permitted expungements for past criminalization of same-sex activity by consenting adults, allowing for the removal of records of convictions that would violate the Charter of Rights and Freedoms today.