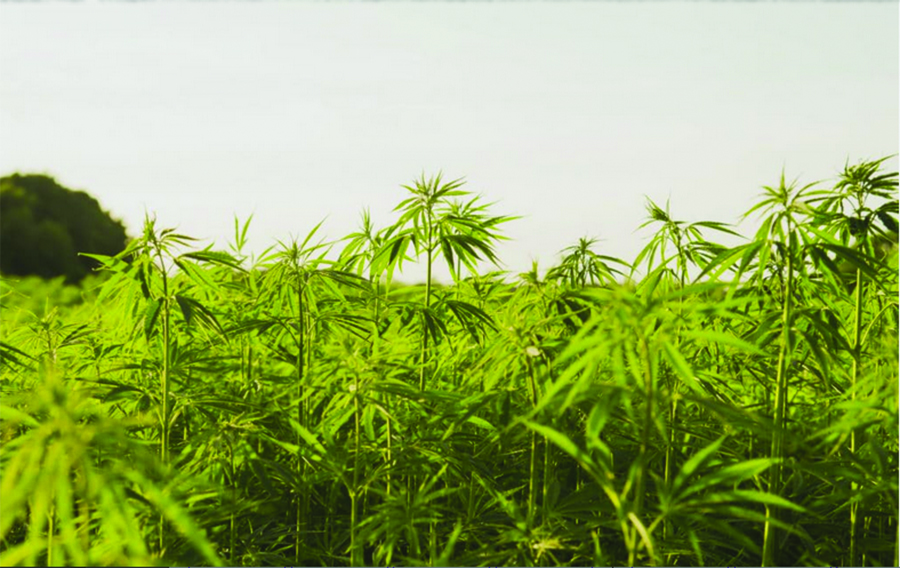 From Indiancountrynews.com link to article by Christopher Johnson , March 19th 2019

The Oneida Nation has officially filed for a permit with the Department of Agriculture, Trade, and Consumer Protection (DATCP) to begin its potential journey into the hemp production industry. With the removal of hemp from the Controlled Substances Act, the Wisconsin Department of Agriculture has initiated a pilot program to allow Wisconsin farmers to begin hemp production for the first time since 1958.

The Oneida Nation is currently in the process of creating rules for hemp production on the reservation, but for the 2019 growing season the tribe will not be producing the plant on a large scale. “Wisconsin hasn’t actually made those rules just yet while the Oneida Nation is in a position to create their own regulations but they haven’t just yet,” Oneida Nation Project Manager Mike Troge said. “This season we will be participating in a pilot program through DATCP which means we will not be growing it at a commercial scale or selling it at a commercial scale.”

The plan for the upcoming growing season is to produce the plant on approximately 32 acres on the Oneida Reservation. Of those, one acre will be earmarked for the production of cannabidiol (CBD). CBD is increasing in popularity nationwide as well as in the medical community for its promising potential to assist with numerous medical ailments including pain management and childhood epilepsy. CBD extracted from hemp contains less than .399 percent tetrahydrocannabinol (THC), meaning ingestion will not produce the psychotropic effects (or a “high”) users typically experience with hemp’s cousin marijuana.

The growing of hemp crops for the purpose of CBD production will require the tribe to ship those plants to a processing facility. “There are three facilities in Wisconsin that process CBD so we’ll be sending it off to have the CBD extracted,” Troge said. “We’re also going to have to see what the grade of the crop is because pests have really been hard to manage for most farmers these days. But at this point CBD appears to be the best path for us to follow right now.”

The remaining acres will be utilized for testing and seed production for upcoming growing seasons. While the long-term future of hemp production in Oneida may hold a vast array of possibilities, the near-term plan is to take a slower, albeit deliberate, path to the market. The reasons for taking this measured approach include limited nationwide resources to produce hemp fiber, as well as the fact that hemp production is an extremely tedious task.

“The CBD portion of that crop is a very labor-intensive process so that’s why we’re only working with one acre this season,” Troge said. “It requires a lot of hands-on work and the equipment we have right now is not really recommended as far as mechanical planting or harvesting goes. So, at this point we’re going to be studying the labor aspects of the CBD crop and we’ll go from there.”

“This process also involves us exploring ways for the community to get involved as more land is sought out to make this sustainable,” Oneida Nation Councilman Ernest Stevens III said during a recent Oneida Business Committee meeting. “Part of the purpose for this pilot program is to also stay on top of the science of this venture. We are currently in the process of developing ordinance and legislation for this and talking to other tribes as well, so we want to have the science to back this up. This is an economic venture eventually, but it’s also an important agricultural piece that we want to pursue so this pilot program is there to produce that scientific data.”

Nearly 2,100 individuals and businesses have applied to grow or process industrial hemp in Wisconsin in 2019, according to DATCP. That is a significant increase from 2018 and that increase is believed to be the result of hemp’s removal from the Controlled Substances list last year, which also removed most legal uncertainty about production participation.

The Oneida Nation has never grown hemp for commercial purposes in its nearly 200-year existence here in Wisconsin, although the state was once one of the most prolific producers of the crop during the first half of the 20th century when it was harvested mainly for its fiber to make rope. Most growers today will be cultivating the crop for CBD or grain. The tribe expects to begin its hemp production program by early June.