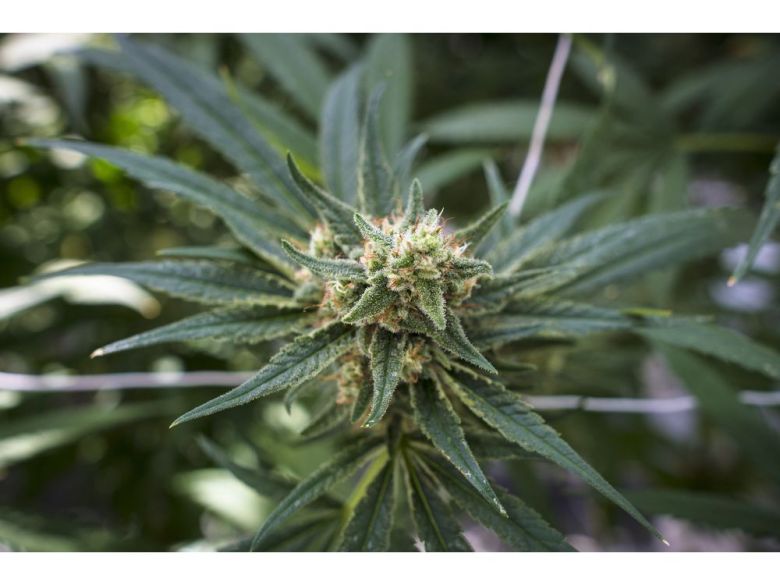 Canadians prepare to usher in legal pot with parties, protests and puffs

TORONTO — Trevor Pott doesn’t consider himself a seasoned cannabis user, or part of the vocal community that has embarked on the decades-long battle to legalize recreational use.

But the Edmonton tech writer says he’ll be among those celebrating the lifting of prohibition with his first legal purchase Wednesday, to be followed by a modest house party to imbibe with friends.

“This is a thing that I personally believe is going to be transformative to our culture in a big way,” says Pott, who spent the weekend tidying up the duplex he shares with his wife, dusting off their ceiling-mounted projector for a weed-friendly film screening.

“I’ve never done the whole line-up-for-an-iPhone or any of that other stuff… But this seems like a major social event that might be actually worth participating in.”

The 35-year-old expects several such ganja gatherings will unfold Wednesday as the Cannabis Act comes into effect, and a survey of buzzy public events being promoted across the country suggest no shortage of high times to mark a new era.

Newfoundlanders will be the first to purchase legal weed when its retailers open their doors at midnight, while Torontonians are being courted by New Year’s Eve-style “bud drop” countdowns just before legalization.

There’s cannabis-fuelled comedy planned in Calgary, a puff-and-pour painting class in Vancouver, and several protests against usage restrictions by those who consider legalization akin to “prohibition 2.0.” They include one demonstration in front of the B.C. legislature in Victoria that promises to give away free joints.

Various licensed producers and larger suppliers have their own brand-related events, while other outlets are touting classes on growing, cooking, rolling and smoking weed. Then there are the countless “first smoke” parties set to unfurl in city parks where it’s permitted, and a hazy day is expected at the national parks and Parks Canada campsites that are also allowing cannabis use.

The moment pot can legally be consumed will be especially emotional for decades-long advocates including Abi Roach in Toronto, who has spent almost twenty years fighting for the right to one day sell the herb at her Kensington Market business, the HotBox Lounge + Shop.

“I’m really excited and personally it’s a win. I feel like I won,” she says of the major policy shift.

“I remember when I opened 18 years ago, people were afraid to come in because they thought the police had security cameras above my store and they were taking down their names and videotaping them,” she adds.

Now, a significant number of Canadians not only support legalization but admit to cannabis use, notes drug policy expert Susan Boyd, a professor in the Faculty of Human and Social Development at the University of Victoria. She points to Statistics Canada data that found more than 40 per cent of Canadians older than 15 have tried marijuana at least once in their lives.

“We were due for this change. It reflects societal values about this plant. And global values if we look globally. I think we’re going to see rapid change in other nations, too,” she says.

Statistics Canada’s most recent National Cannabis Survey found 15 per cent of Canadians age 15 years and older have consumed cannabis in the past three months. The highest number of users were reported in Nova Scotia at 23 per cent, and British Columbia at 20 per cent, with the fewest in Quebec at 10 per cent. The survey is conducted every three months throughout 2018 and 2019 and was released Oct. 11.

Boyd would like to see Canada go further by decriminalizing all personal drug use as the country grapples with an opioid overdose crisis.

She’d also like to see the government redress the harm she says has been caused by nearly a century of prohibition, saying it has disproportionately destroyed the lives of poor and marginalized people. It’s time Ottawa exonerated those with non-violent cannabis convictions, she says.

“We should always look at cannabis prohibition as a social justice and human rights issue,” says Boyd, whose books include “Busted: An Illustrated History of Prohibition in Canada,” and “Killer Weed: Marijuana Grow-ops, Media and Justice,” written with Connie Carter.

“We underestimate the harm of cannabis prohibition and the criminalization of youth and adults, the trauma of arrests, encounters with law enforcement and criminal courts and prison for many, and how poor, marginalized people can’t afford a good legal defence. It impacts people for life.”

Cannabis advocate Ian Campeau, formerly of the DJ group A Tribe Called Red and now working with the cannabis media and lifestyle company Leafly, says legalization opens the door for First Nations communities to exercise their sovereign rights as they pursue their own economic and social opportunities.

“I see this as a huge asset in combatting a lot of problems that Indigenous people face in Canada…. It’s going to give us a real opportunity to discuss treaty obligations and treaty process and why we’re allowed to do certain things that we’re allowed to do,” says Campeau.

“We’re going to be able to possibly use this commodity as not just a medicine but also as clothing; it’s food, it’s housing.”

Meanwhile, Pott, who says he has used cannabis products to ease anxiety and depression for about a year, expects legalization to usher in significant breakthroughs in science and medicine.

He says that’s the main reason he and his wife will be going out of their way to line up for dried flower, and then spend the day baking cannabis cookies and cooking weed-infused chili for their party guests.

“Ten years from now we’re going to transform how we deal with simple everyday medical requirements and for me that’s exciting. That’s right up there with the first SpaceX launch.”