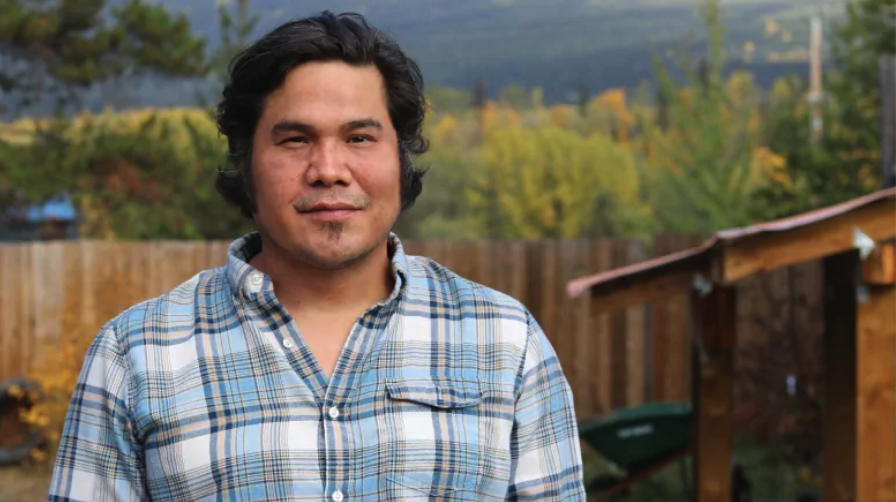 Hereditary chief Wil Marsden has made a name for himself in his community as the guy you see if you need access to cannabis oil.

He’s been providing it, free of charge, to people in Gitanyow, B.C., for the past six years — stocking fridges with a supply of syringes filled with the dark, molasses-like oil, instructing people on how to medicate themselves for a whole range of illnesses.

It’s deeply personal work for the young​ leader whose father died from prostate cancer in 2011. The day he died in a North Vancouver hospital bed also happened to be day he received his first dose of a synthetic cannabis medication. Marsden said his father had been asking the doctors for access to medicinal marijuana for years.

“He was totally shot down… They probably assumed that he just wanted free weed, I guess,” said Marsden.

“I just want to make sure that nobody goes through what I did, having my father totally denied. And as a hereditary chief I have a responsibility to lead our people.”

Today Marsden has a spreadsheet to keep track of those in the village and surrounding area to whom he supplies oil. He said over the years the list has grown to dozens of people who have used the cannabis compound to successfully treat a range of health issues. 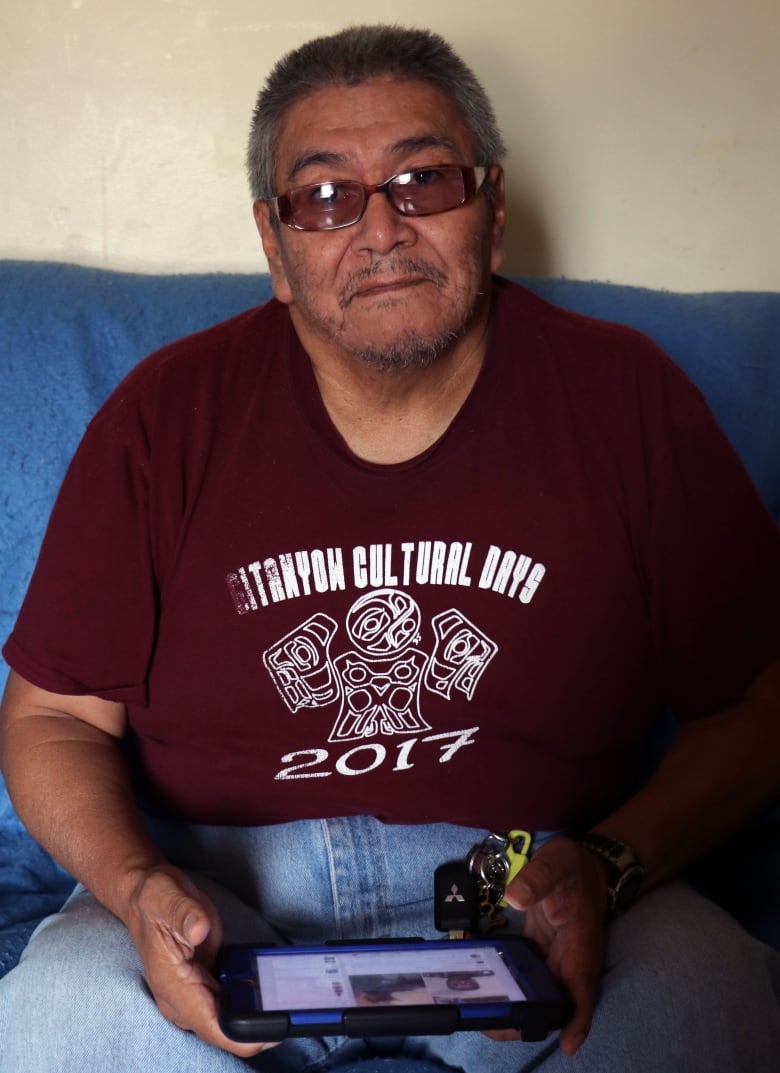 Rocky Robinson at his home in Gitanyow, B.C. (Chantelle Bellrichard/CBC)

Sitting on the couch in his split-level home in Gitanyow, Rocky Robinson pulls out his tablet and starts scrolling through photos.

“That’s when I was really sick,” he pulls up a photo of himself from a couple years ago where he’s much thinner.

“I was sick about three years and then I started using that marijuana — I don’t know what you call that oil.”

Robinson, a former firefighter, had been trying to get answers from doctors about why he was losing so much weight and was barely able to eat.

He’d been to the nearby hospitals, had CT scans and other tests but said the doctors weren’t able to come up with a clear diagnosis. At the same time he kept withering away — spending most of his time in bed. Eventually he got to the point where he needed help getting to and from the washroom.

At 70, Robinson said he isn’t in perfect health. But he said not long after starting to take the oil he gained back the weight he lost. He jokes about how the doctors now tell him he’s overweight.

He said he told his doctors about his use of cannabis oil, but they didn’t show much interest.

But other people in the tight-knit northern village took notice, watching their neighbour transform back into the man they knew, crediting cannabis oil for his recovery.

‘It’s done wonders for some people’

“I didn’t think Rocky was going to turn around, I thought it was over for him,” said Jacqueline Smith, who also uses the cannabis oil supplied by Marsden to treat her fibromyalgia.

“When you saw what he looked like and just how thin he was… he looked like he was less than 100 pounds. You see him today, he’s just happy and jolly and back to the same old person. It’s just amazing what it’s done for him.” 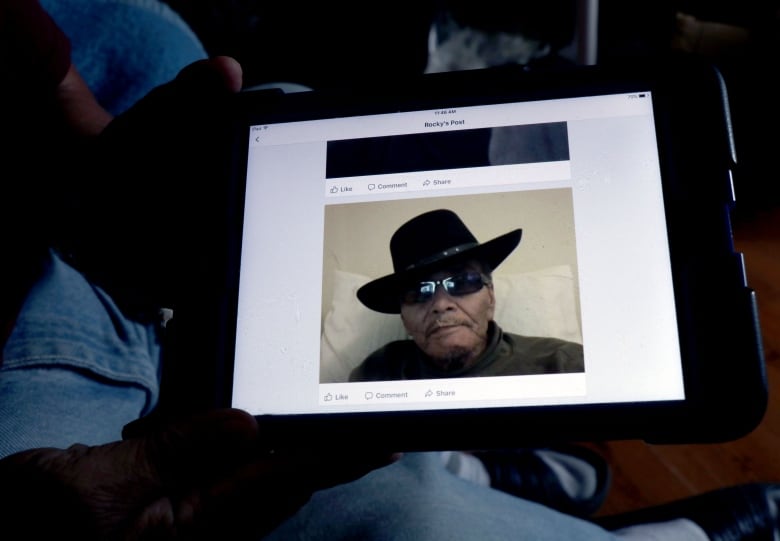 Robinson pulls up a photo on his tablet from when he was much thinner due to an unexplained illness. (Chantelle Bellrichard/CBC)

Smith said she started using the oil after her fibromyalgia worsened to the point that she was in constant, debilitating pain that made previously simple tasks like getting up and down the stairs a long and arduous process.

She said within weeks of taking the oil the pain was subsiding and she was moving around more. Less than two months later, she was back to her regular routine pre-illness.

She said not everyone in Gitanyow is convinced that using cannabis as a medicine is a good idea, “but it’s done wonders for some people I know of and even myself.”

Smith said she still has some pain, but it’s manageable enough that she’s been able to go back to work. She’s also been able to get off all the prescribed pain medication she was on.

“I’m really thankful for that because I know another lady who has [fibromyalgia] in Hazleton and she’s constantly in the hospital… she’s in so much pain.”

A doctor’s words of caution

Gitanyow is one of countless places around the world where people are sourcing a cannabis compound known as the Rick Simpson oil to treat various illnesses.

Simpson, a former Canadian engineer, is famous on the cannabis scene for providing instructions to people on how to make the oil he claims cured his basal cell carcinoma, a common form of skin cancer.

Anecdotal success stories from people who’ve used this oil are abundant online. But while stories of success are hard to ignore, doctors say there’s a danger in taking these stories and applying them to your own health concerns, especially if you have a disease that could potentially end your life.

Preliminary studies have been published about the oil’s potential health effects, but scientists have said that there is not yet enough evidence to make sweeping claims about its health benefits.

“We don’t exactly know how cannabidiol works in the body,” Robert Laprairie, an assistant professor at the University of Saskatchewan’s college of pharmacy and nutrition, told CBC News in May.

“I think we really just need more research and more studies in order to demonstrate whether cannabidiol is or isn’t effective as a treatment for different conditions.”

Health Canada has also expressed concern over some of the therapeutic claims being made about cannabidiol.

Dr. Zeid Mohamedali is a urologist, medicinal cannabis researcher and consultant who also holds a PhD in cancer research from the University of British Columbia. He is a strong supporter of cannabis-based medicine but also wants people to use it with caution, and with the guidance of a physician. 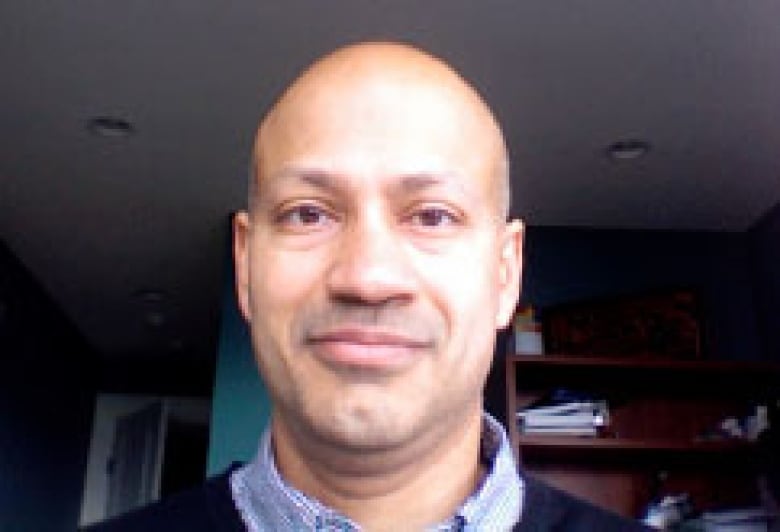 “The problem with anecdotal, one-off evidence is there are so many different factors that control cancer evolution,” he said.

Mohamedali said there are well-established therapeutic uses for cannabis, and some research to show potentially positive impacts in killing certain cancer cells but he worries about people taking preliminary research or anecdotes as a signal that they should opt out of proven treatments.

“I have had patients who have suggested they would like to come off their chemotherapy and use cannabis and of course I totally disagree with that, because we don’t have the evidence to support cannabis as a single therapy for treatment of any of the cancers,” he said.

Mohamedali points to a breast cancer study as a prime example of why this could be dangerous.

He said that, in the lab study, a low dose cannabis compound was found to potentially kill breast cancer cells.

When it comes to his own patients, Mohamedali said he’s seen hundreds of people have success using cannabis medicines for things like pain, sleep, anxiety and illnesses like fibromyalgia.

For people who are considering using the plant to self-medicate, he said to weigh the risk.

“If the risk is simply that you don’t get appropriate sleep, that’s not as harmful as if your cancer gets out of control or your seizures get to the point where you’re having severe seizures or some life-threatening outcome.”

Marsden said he understands why doctors are taking a cautious approach to medicinal cannabis, but he’s less concerned with the clinical studies and more invested in the individual successes he’s heard of and seen firsthand.

With recreational cannabis about to become legal, doctors like Mohamedali are concerned about diminishing the medicinal component of the plant.

Jacqueline Smith said she worries about the lack of education people have around it and how it might impact the mental health of young people in Gitanyow.

But when it comes to medicinal distribution, and the work Marsden has been doing, she’s fully supportive.

“We’re a small community and it works for us,” she said.

Marsden said cannabis shouldn’t be treated differently from the medicines people have harvested from their territory for generations. 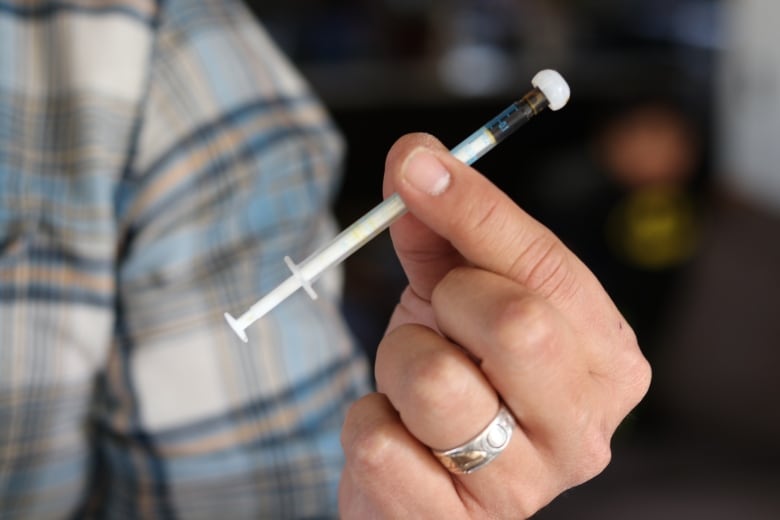 Marsden holds up a syringe of cannabis oil. The oil is ingested orally using a toothpick held under the user’s tongue. (Chantelle Bellrichard/CBC)

“We use quite a bit of traditional medicines. Elders and people in the village, we go out and get devil’s club and all of that,” said Marsden.

Devil’s club is a plant harvested for its medicinal properties by many Indigenous groups across Canada and the U.S.

And like the harvest and distribution of local medicines, no money is exchanged when Marsden supplies people with cannabis oil.

“He doesn’t charge anything for it… because our belief is that it doesn’t work if you do that,” said Smith.

“It’s just like the plants we go out and get. We pick those and we give them to people. We’re always taught not to sell that.”

Asserting the nation’s rights and title, and Gitanyow Ayookxw (law), is something Marsden was raised to do. He’s fully embraced cannabis under his nation’s legal system and sees cultivating the plant and supplying people in the community with its medicines as an inherent right.

“It’s legal under our law… regardless of the provincial or federal laws,” he said.

“We live under our law. We live with our title to the land and it keeps us healthy. It’s a very comforting system that we have. Nobody’s ever left alone.”

There’s a lot of interest in capturing the economic benefits from the legalized landscape across Canada and Gitanyow is no exception.

More than a dozen people sit around a boardroom table in the Gitanyow health office for a meeting about the nation’s green energy plan — a portfolio that includes food security, alternative energy and cannabis.

Among those in attendance are Garry Reece and Simon Harvey of Nomis Holding, a Pemberton, B.C.-based company working to become a licensed cannabis producer under the Health Canada framework.

Marsden is most interested in producing whole plant oil locally and educating people about the medicinal properties of the plant through his venture Kitwancool.com. But he’s not opposed to selling it for recreational purposes — to him, there’s not much of a difference. 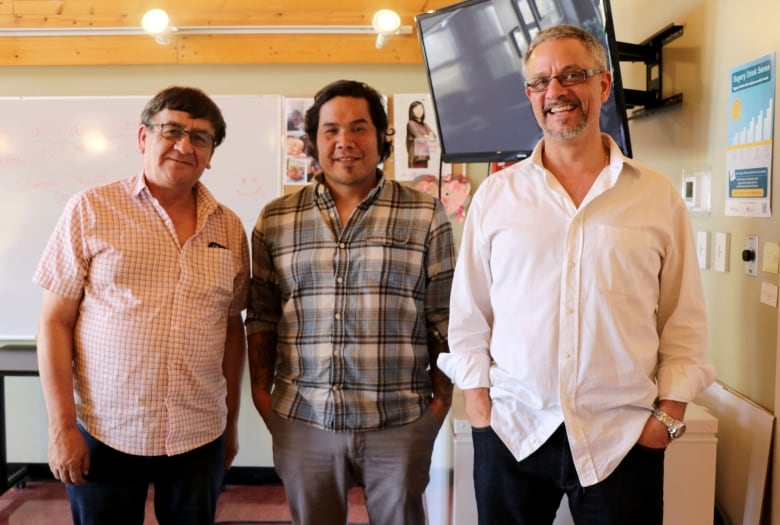 From left, Garry Reece, Wil Marsden and Simon Harvey pose for a photo after a meeting at the Gitanyow Health Centre regarding the proposed partnership with Nomis Holding Ltd. (Chantelle Bellrichard/CBC)

He’s in talks with Reece and Harvey from Nomis about partnering up.

Harvey, the company’s CEO, said the aim is to focus exclusively on supplying cannabis products to First Nations. There are also plans to offer modular dispensary services to communities.

Marsden’s long-term vision is ambitious. He wants to see greenhouses built in the community to grow cannabis and food — and to power the greenhouses through alternative energy sources.

But it’s still not clear how things will unfold with the proposed Nomis partnership or what kind of demand the dispensary will attract. Marsden said they’ll be ready to start processing online orders by about January.

People in the community are already growing a crop of plants.

“At the end of this year we’ll have a crop to produce; we’ll have a workshop and show people how to produce it and follow the Rick Simpson recipe,” said Marsden.