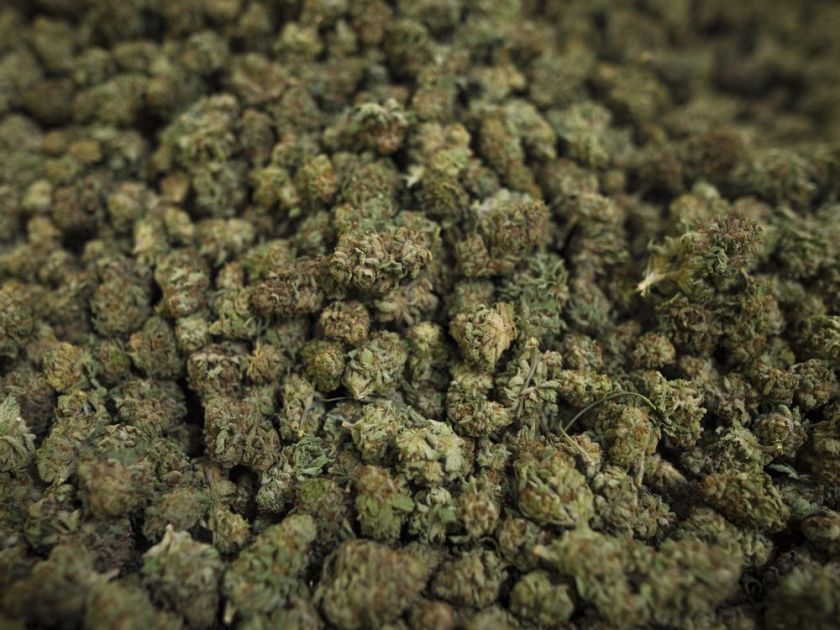 TORONTO — Ontario residents will be able to smoke recreational cannabis wherever the smoking of tobacco is permitted, the Progressive Conservative government said Wednesday, loosening rules established by the previous Liberal regime.

The government will also not put a cap on pot shops when it starts licensing and regulating the province’s private cannabis retail marketplace, and municipalities will have until January to opt out of hosting the stores.

The details were announced by Ontario Attorney General Caroline Mulroney and Finance Minister Vic Fedeli a day before new legislation on pot rules was set to be tabled.

Under previous consumption rules, those over 19 would have only been able to smoke cannabis in a private Ontario residence when pot becomes legal Oct. 17. The proposed legislation eases the regulations to allow marijuana to be smoked in the same places as cigarettes.

“We’re aligning with the Smoke-Free Ontario Act,” Mulroney said, referencing the provincial set of rules on tobacco use. “If you’re able to smoke tobacco in your home then you’ll be able to use cannabis as well.”

Smoking pot in vehicles or boats that are being operated will be prohibited. Breaking the rules would see people subjected to fines ranging from $1,000 to $5,000 upon conviction.

The government announced last month that it would sell recreational cannabis online when it is legalized next month, with private retail stores set to be in place by April next year.

On Wednesday, the province said the Alcohol and Gaming Commission of Ontario will regulate the marketplace, giving it the power to grant — and potentially revoke — licences as well as enforce provincial rules on cannabis sales.

The province said that anyone looking to open a pot shop will have to apply for both a retail-operator licence and a retail store authorization for each potential location.

“We want to make sure the consumers are protected but we want to open up the marketplace,” Fedeli said. “This is an opportunity for small business to get involved. We want to have as many participants as possible be involved.”

Breaching provincial rules on cannabis sales would preclude someone from ever obtaining a licence in the future, the government said.

“Any engagement with organized crime, any record of providing youth cannabis, any of that would bar you from participating in the private cannabis market,” Fedeli said. “If you are still operating an illegal retail operation after Oct. 17, you would not be able to get a licence in Ontario.”

A government agency called the Ontario Cannabis Retail Corp. is slated to handle the online cannabis sales and will also be the wholesaler to private retail stores.

Ontario municipalities that want to opt out of hosting pot shops will have until Jan. 22, 2019 to do so under the new legislation. The province would also have the ability to set a distance buffer between pot shops and schools.

The previous Liberal government had planned to give the Liquor Control Board of Ontario a monopoly on the sale of recreational cannabis, opening as many as 150 retail stores by 2020. Opposition critics have said they prefer a public sale model because LCBO staff have the experience and training to ensure socially responsible access.

Liberal legislator Nathalie Des Rosier said the Tories’ new model could result in a large number of pot shops springing up that will be a challenge to regulate.

“It certainly is a complete free market that may flood Ontario,” she said. “The cautious approach that we had used is a little bit undermined here.”

Green Party Leader Mike Schreiner lauded the Tory plan, but cautioned the government to keep its focus on small business and not large corporations in the pot market.

Robert Schwartz, a University of Toronto professor specializing in cannabis distribution and public health, said the government’s move to align consumption rules around the laws that already apply to tobacco consumption make sense.

“It’s going to create challenges for people who live in multi-unit dwellings, but it’s already a challenge,” he said. “There are already a lot of people in these dwellings who are complaining about second-hand smoke from cannabis and therefore there are some condominiums that are going smoke-free completely which is a good thing.”

Schwartz, who is also the executive director of the Ontario Tobacco Research Unit, said the government needs to stress to people that smoking cannabis is not healthy.

“It’s really important to communicate to people that they should not be smoking,” he said. “They should be using it in another ways. Preferably, you’d have a distinction between smoking and vaping, not that vaping is benign but it’s undoubtedly better than smoking.”