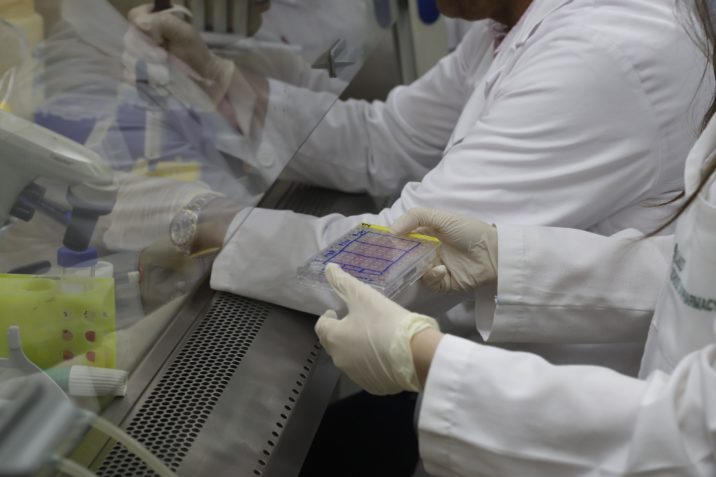 What’s going on with marijuana research in Canada?

A lot; thanks to the new federal funding. Here are five cannabis studies that are just kicking off and why we need them so desperately

From thegrowthop.com link to article By Sydney Loney August 23, 2018 Comments

A lot of people are pretty happy that they’ll soon be able to smoke pot in public (without getting into trouble). But not everyone is completely comfortable with legalization, given how little we actuallyknow about the safety of cannabis consumption.

Many, like Dr. Tim Holland, president of Doctors Nova Scotia, an association representing all physicians in the province, say we need more research—and we need it now. “Thus far, research has been quite limited and some of it has been questionable because it was conducted by the proponents of the cannabis industry,” he says. “A big part of the problem has been a lack of funding, and also that marijuana was illegal, making it harder to study.”

In 2016, the government published a report acknowledging that, yes, there is a lack of solid research on marijuana and how it might affect our health, especially in the long-term. So, they decided to do something about it.

In January, MP Bill Blair announced that the federal government will devote $1.4 million to marijuana studies, and the funds will be divided among 14 different research projects ($100,000 for each) in hospitals and universities across the country.

Not a moment too soon, says Dr. Holland. “Having federal funding is fantastic—it’s an important investment and a step in the right direction.” Here’s a look at five studies researchers hope will give us some answers about some of the biggest gaps in our cannabis knowledge to date.

Are young people more at risk?

Two new studies from researchers at St. Francis Xavier University in Antigonish, Nova Scotia and the University of Victoria tracked young cannabis users for 10 years and the results are troubling: those who started using the drug early and continued to use it are less healthy and less successful than their peers.

Just how big a problem is it? Pretty big, considering Canadian youth use more marijuana than any other demographic in the developed world. (According to Statistics Canada, nearly one-third of young Canadians use cannabis, with the highest use recorded in those between the ages of 15 and 24.) Zach Walsh, a clinical psychologist and cannabis researcher at the University of British Columbia (UBC), is determined to find out why.

Thanks to the new funding initiative, he’s launching a long-term study to determine the impact of cannabis legalization on campus health at UBC. In the study, researchers will follow 500 students to gain a better understanding of their beliefs, attitudes, and assumptions about marijuana use.

How does cannabis affect different communities?

This spring, the Standing Senate Committee on Aboriginal Peoples recommended that Bill C-45, the Cannabis Act, be delayed so that First Nations, Inuit, and Métis communities could be properly consulted and also have time to prepare their communities for legalization. One issue raised was the need to establish culturally specific education materials, as well as appropriate mental health and addictions services.

The effects of cannabis use on Indigenous and racialized communities is yet another area that has been under-researched, but Sergio Rueda from the Centre for Addiction and Mental Health (CAMH) hopes to change that. He and his team of researchers are launching a study that will look at how cannabis legalization affects diverse communities, including Indigenous and racialized communities, in four provinces. The hope is that the findings will lead to more informed policy-making and better community services.

Is mixing marijuana and driving dangerous?

There has been a lot of controversy about the effects of cannabis use on drivers, says Dr. Holland. “We need to better understand how cannabis affects reaction time behind the wheel and this is one of those studies that should be fairly easy to do.”

Drug-impaired driving is on the rise and there is some evidence that it may be leading to a rise in car accidents. The Canadian government wants to know more about the risks of cannabis use on the road. In July, Public Safety Canada announced it will provide $919,065 over three years to researchers at CAMH to study how cannabis affects drivers ranging in age from 19 to 45.

The study, which should be concluded by June 2020, will look at whether THC (the main active ingredient in cannabis) has an impact on a driver’s reaction time, speed, risk-taking behaviour, as well as their ability to anticipate road hazards. It will also examine whether THC affects people differently based on their age and gender.

What exactly are the health benefits of marijuana?

There is still a shortage of hard evidence when it comes to using cannabis to treat everything from sleep disorders and anxiety to seizures in epilepsy patients, Dr. Holland says. Another area he’d like to see studied more thoroughly is how marijuana might be used to help people manage pain. “This is one of the most pressing areas—we need large, randomized, controlled trials that focus on how effective cannabis is in pain management.”

The Michael G. DeGroote Centre for Medicinal Cannabis Research at McMaster University in Hamilton, Ont., is tackling several of marijuana’s perceived health benefits in hopes of bolstering our understanding of the drug’s medicinal properties, including a study exploring its use for anxiety disorders.

But perhaps the biggest area of research at the Centre is pain management—researchers currently have six projects underway, including a randomized trial of 40 adults undergoing total knee replacement surgery who will be given cannabinoid oil for pain relief, and another cross-sectional study of 450 orthopedic patients to assess current attitudes and approaches to cannabis as a pain management strategy.

Should you worry about secondhand marijuana smoke?

It’s one thing to light up a joint or puff on a hash pipe yourself, but scientists are wondering whether marijuana use might also affect non-smokers. One study in the Journal of the American Heart Association found that even a minute of exposure to second-hand marijuana smoke can have negative cardiovascular effects.

The data collected will be used to create a Cannabis Informatics Monitoring System (one already exists for tobacco) with the goal of helping provinces create parameters around smoking cannabis in public spaces where others are likely to be exposed.