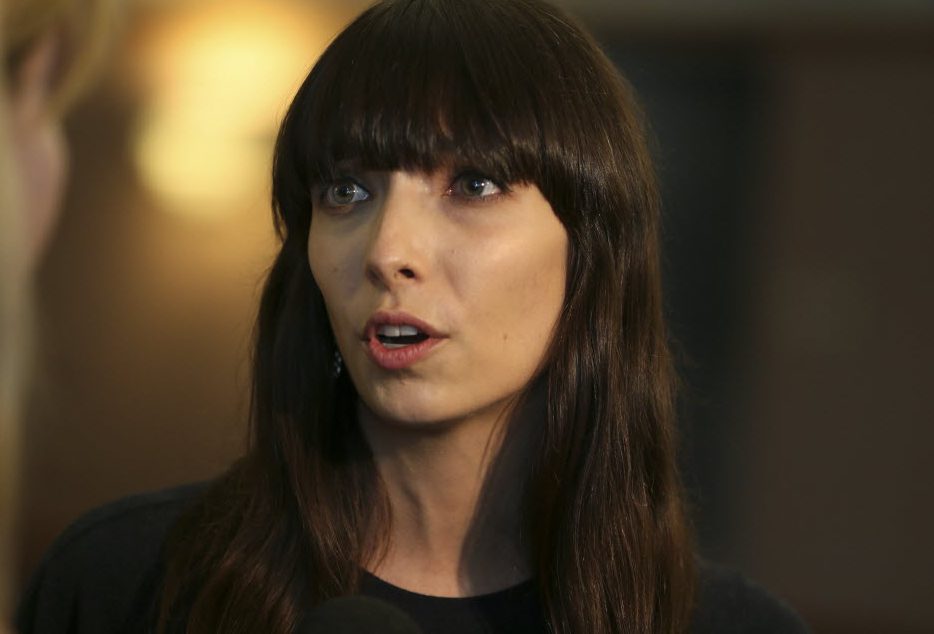 From The Toronto Sun link to article by Bryan Passifiume,
May 5, 2018

That’s how prominent marijuana advocates are feeling about Prime Minister Justin Trudeau’s handling of a promise to make legal recreational use of the popular drug — a well-worn plank in the Liberal leader’s successful campaign to win the 2015 federal election.

“It’s just maddening,” said Jodie Emery, one-half of Canada’s first family of pot who — alongside husband Mark Emery — have endured substantial legal and financial ramifications in their quest to free the weed.

“I haven’t been happy about the Cannabis Act since it was introduced.”

In fact, many of those she encounters through her advocacy expect her to be excited about impending legalization.

The fact is, sadly, she isn’t.

“I don’t want to burst their bubble by sitting them down and telling them how terrible it really is,” she said.

“As soon as the bill passes, the Canadian public will think ‘wow, it’s finally legal’ — but when they get busted on the street and given a ticket for smoking a joint, they’re going to be all like ‘what?’”

What’s rankling Emery about Bill C-45 — the proposed legislation that sets a strict framework legalizing the sale and use of marijuana — are concerns it’ll create an even more restrictive environment for recreational pot users than what exists today.

Under the proposed law, those over 18 can possess and share up to 30 grams of marijuana purchased from provincially regulated and licensed establishments.

Adults can also grow up to four cannabis plants for personal use from legally purchased seeds.

And while commercial sales of edibles won’t immediately be permitted, the law does allow people to produce their own — as long as would-be chefs don’t make use of organic solvents.

Those interested in operating weed-related businesses should likewise expect long lists of rules and regulations.

“When the actual reality starts to hit, they’re going to start having questions for the government,” Emery said, describing a reality far removed from the overtures historically proffered by pre-2015 Trudeau out on the hustings.

“I’m actually not in favour of decriminalizing cannabis. I’m in favour of legalizing it,” the future Prime Minister said during a 2013 rally in Kelowna, B.C.

“Tax it, regulate. It’s one of the only ways to keep it out of the hands of our kids because the current war on drugs, the current model is not working.”

Trudeau’s Oct. 2015 victory was ostensibly seen by many as a mandate from voters.

“Trudeau could have gotten into office and said ‘we’re legalizing it because we all know that Canada’s reefer madness is wrong, and criminalization is wrong,” she said.

As C-45 makes its way through the Senate, report after report delivered to the Red Chamber urges the government to delay their ambitious target of enacting legalization by the summer.

Should the government put the brakes on legalization until there are assurances it can be done right?

“I don’t know what ‘doing it right’ means,” she responded with a laugh.

“This delay being suggested right now is based on concerns that cannabis will harm First Nations communities and hurt Indigenous youth — but it won’t.”

She sees legal weed as an important financial and social driver for Canada’s First Nations, creating jobs and business opportunities.

“Cannabis offers so many benefits, but these delays are because of fear about cannabis being a threat to public health and public safety. For two-and-a-half years, the Liberal party has been hammering away at that message,” she said.

That, Emery said, scares away those exploring scientifically sound medical applications of cannabis.

“If somebody heard it might help them instead of their opioid (based) medicine, they might be afraid to do it.”

“The government is actually hurting people with their propaganda.”

“They had the chance to do it right, and they didn’t.”

The history of cannabis

Prior to cannabis being outlawed in Canada, hemp had been cultivated since antiquity for fibre. Hardy, prolific and capable of growing in almost any climate or environment, the plants have enjoyed a centuries-long history in North America as a valuable crop — even the government in 1823 offered farmers incentives for producing it.

As recreational use of cannabis became prevalent in North America into the 20th century, Canada followed suit with U.S. prohibition measures introduced in the 1930s.

1908: Canada passes the Opium Act, its first drug prohibition legislation. In 1911, the maximum penalty for sale or possession of opium, morphine or cocaine was $500 and a year in jail.

1923: Cannabis was added to Canada’s drug prohibition act, due in part to writings by noted jurist and women’s rights activist Emily Murphy, who in her book, The Black Candle attributed the ills of society to non-white — particularly Chinese — immigrants, alleging marijuana made people into “homicidal maniacs.” Rights to appeal drug convictions were also limited.

1937: Police began cracking down on illicit cannabis production, seizing and destroying plants on over 1,000 properties across Canada.

1946: Cannabis accounted for about 2% of all drug arrests in Canada.

1968: RCMP record 2,300 Cannabis-related arrests in Canada, up from about 20 a little under 3 decades earlier.

1969: Beginning of a Royal Inquiry — the Le Dain Commission — into the non-medical use of drugs. By its end in 1972, chair Dean Gerald Le Dain’s report recommended ending the prohibition of personal cultivation and use of cannabis, regulating it under similar schemes to alcohol. The inquiry’s findings were ignored by both the Pierre Trudeau and Lester B. Pearson governments.

2001: Canada introduces the Medical Marijuana Access Regulations permit legal access to marijuana to patients afflicted with multiple sclerosis, HIV/AIDS, cancer and other serious illnesses, either grown personally or procured from authorized growers — the first being a firm in Saskatoon called, Prairie Plant Systems.

2003: A bill introduced by the Jean Chrétien Liberals that would have decriminalized personal use of cannabis died when parliament was prorogued due to the looming Sponsorship Scandal. A similar bill was resurrected in 2004, but wasn’t passed before Paul Martin’s Liberals lost the 2006 federal election.

2011: An Ontario court struck down Canada’s medical marijuana laws, giving the government just 90 days to either improve access to licensed patients, or risk losing the ability to outlaw its cultivation and use for any reason.