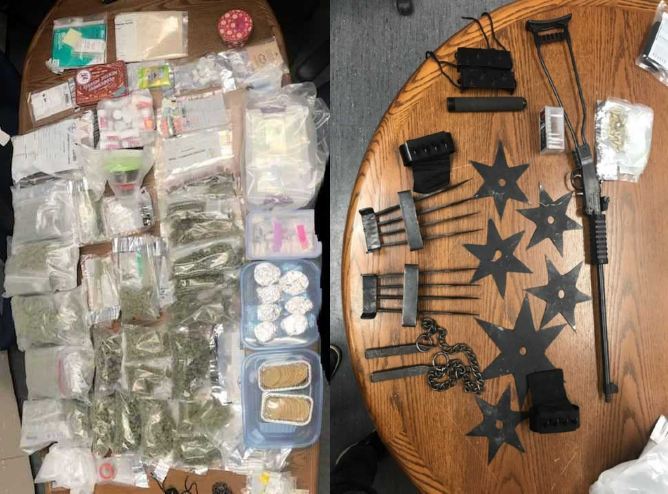 From lfpress.com link to article by DALE CARRUTHERS Updated: March 29, 2018

The chief of a Southwestern Ontario Indigenous community where police raided an illegal pot shop is vowing to crack down on the unsanctioned business if it tries to reopen.

The raid came one week after Chippewas Chief Myeengun Henry sent a letter to residents warning them that buying and selling non-medical marijuana remains illegal, despite the federal government’s pledge to legalize the drug’s recreational use by the summer.

“We understand that marijuana is still not legal yet and we want to follow the law and make sure that our residents do too,” Henry said

Henry promised further police action if the now-shuttered pot shop reopens, a strategy that defiant dispensary operators across the country have used in recent years.

“We don’t want our community known for drugs and we’re going to fight it all the way,” Henry said.

Witnesses reported seeing multiple OPP cruisers surrounding the trailer that houses Wild Bear — an unsanctioned dispensary that sells cannabis products to anyone older than 19 — on Melbourne Road near Jubilee Drive on Chippewas territory.

An unidentified London man, 43, was arrested and charged with 14 offences, including drug trafficking, possession of property obtained by crime and four counts of possession of a prohibited weapon. He was scheduled to appear in a London court Wednesday.

Pot shops popping up on Indigenous communities across Ontario, including at least two in Southwestern Ontario, are posing a challenge for police who often turn a blind eye to the illegal businesses.

In Ontario, where recreational pot will only be legally sold at 40 LCBO-run stores or its affiliated online service, the government is creating a Cannabis Intelligence Co-ordination Centre to shut down illegal storefronts.

The federal Liberal government’s bill to legalize recreational cannabis passed a key stage in the Senate this week and is now heading to committees for further study.

Published in Chippewas of the Thames First Nation, News, Police and Reprint