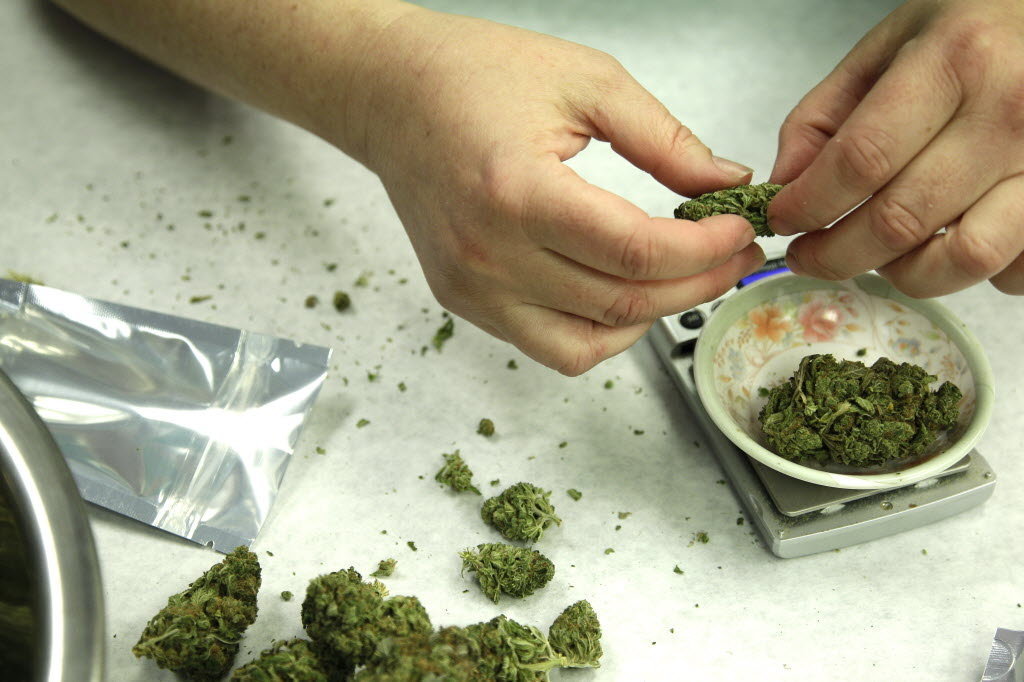 Canada’s marijuana industry is expanding rapidly and some First Nations are looking to cash in on the emerging economic opportunities.

Phil Fontaine, an Indigenous politician turned marijuana executive, has spent the last year travelling the country and talking to First Nations people about the jobs, wealth, and training opportunities the burgeoning marijuana business could bring.

“Everywhere we’ve been, it’s been the same reaction: interest, excitement. First Nations are speaking about possibilities and potential. So it’s been very encouraging,” said the former national chief of the Assembly of First Nations.

Marijuana businesses represent “tremendous potential” for First Nations, partially because communities are able to get in on the ground floor, instead of fighting to catch up years later as has traditionally been the case, Fontaine said.

“This is a unique opportunity. This sector is different than any other the Indigenous community has experienced. Everyone is starting off at the same point,” he said in a telephone interview.

Fontaine is the CEO of Indigenous Roots, a medical marijuana company operated by and for First Nations across Canada.

The company is a joint venture with Cronos Group, a medical-marijuana grower licensed by Health Canada. Once Indigenous Roots is operating, its profits will be split evenly between partners First Nations and Cronos.

Recreational marijuana is set to become legal across Canada this summer, but Indigenous Roots will focus on supplying prescription pot to First Nations communities, which Fontaine said have traditionally had lower access to the drug.

“We want to make sure that this particular service is made available to our communities in every part of the country,” he said.

Plans are in the works to build an Indigenous Roots growing facility next to an existing Cronos facility in Armstrong, B.C., with the aim of serving patients by the end of 2018, Cronos CEO Mike Gorenstein said in an interview.

“Long term and medium term, this is meant to be an Indigenous-operated company,” Gorenstein said. “Our commitment is to make sure that any knowledge that we have or we continue to gain, that we’re sharing and we’re always there to support.”

The new facility will create between 30 and 50 jobs, plus other opportunities in marketing, sales and accounting, Gorenstein said. Future operations will likely be even bigger, he added.

A cannabis company in northern Ontario has also teamed up with local Indigenous communities.

Forty-nine First Nations have invested in 48North Cannabis, representing about 20 per cent of the company’s current shareholder base, said CEO Alison Gordon.

48North also has community benefit agreements with two Indigenous communities near its operations in Kirkland Lake, Ont. The company provides preferential hiring, as well as funding for drug and alcohol education, Gordon said.

The company is waiting final approval from Health Canada before sending medical marijuana to market, and is eyeing the recreational market, Gordon said.

First Nations will help direct the company’s growth, she added.

“It’s just part of our DNA. I mean, we want to work with our First Nations partners to figure out how to create products and brands that would be important to their communities, to help educate their communities.”

Other communities in B.C. believe cannabis could be a boon and are asking the provincial government to help ensure they get a piece of the emerging market.

In recent submissions to the government’s consultation on cannabis regulations, the Lake Cowichan and Ucluelet First Nations urged the province to implement a rule that requires a certain percentage of marijuana products be grown by Indigenous cultivators.

“It is obvious that there is potential for cannabis to become an economic foundation for some First Nations communities,” says the submission from the Ucluelet First Nation.

“With proper consultation about regulation, this potential could be celebrated and fostered.”

Published in Canada, News and Reprint