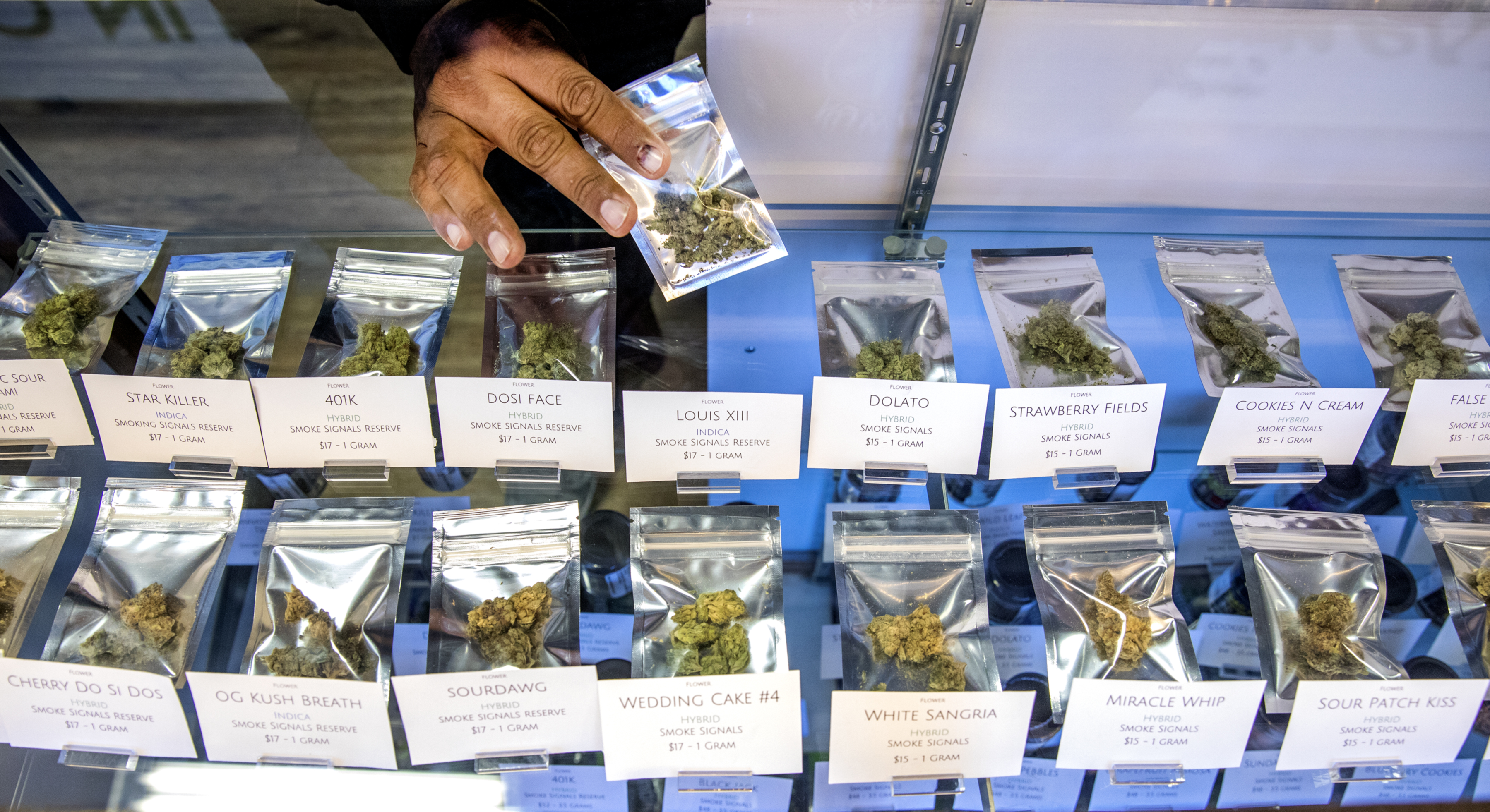 From thenevadaindependent.com link to article by Chris Kudialis April 21st, 2019

Benny Tso stands on the curb of a concrete sidewalk looking up at a snow-covered mountaintop, five miles in the distance.

Tso, who served as the chairman of the Las Vegas Paiute Tribe for more than a decade before stepping down last year, recalls the story of his ancestors making the journey each year from near where he stood to the mountainous area to escape the desert heat.

When temperatures cooled down in the area now known as Las Vegas, Tso says, the Paiute tribe would migrate back down Snow Mountain toward a natural spring located in Las Vegas that’s now known as Springs Preserve.

“That’s our creation story and that’s where we came from,” Tso says. “When the Creator made us, he made us like ants. When the world was flooded, the ants went up to the mountain. Those who went onto the pine trees and didn’t get drowned by the water transformed into who we are today.”

Thousands of years later, Snow Mountain – known outside the tribal community as Mount Charleston – is used for skiing and other outdoor recreational activities by people not affiliated with the tribe. The Paiutes’ ancient migratory route is spotted with housing subdivisions and roads. But where Tso stands on this cool winter afternoon, the tribe is preparing to preserve its economic future with its latest cash crop: cannabis.

Entering the market
After opening the 15,800-square-foot NuWu Cannabis Marketplace in October 2017 — then the largest dispensary in Nevada — on tribal land near downtown Las Vegas, the Paiutes on Jan. 18 celebrated the grand opening of a second, smaller dispensary — Nuwu North — near the tribe’s golf resort by the mountain. The two dispensaries welcome as many as 4,000 daily customers via the storefronts and 24-hour drive-through windows located on the backside of both facilities.

Separate cultivation and production facilities, slated to open later this year next to NuWu North, will allow the tribe to employ up to 200 people to help manage its growing marijuana empire.

Only 10 of the Paiute tribe’s 56 members work full 40-hour weeks at the dispensary; the rest of NuWu’s employees are from outside the tribe. But NuWu’s profits are earmarked for the Paiutes’ general fund, which supports the medical and educational expenses of the tribe’s members as well as future tribal business investments in marijuana and other industries.

The Paiutes’ embracing of the cannabis plant has been a winning formula in a country where tobacco usage has declined drastically and in a state where casinos and gambling are legal. While many Native American tribes across the United States have profited handsomely by operating a casino, the Paiutes’ competition from the Strip has dashed any real hopes of the tribe cashing in on a gaming venue.

The Paiutes’ smoke shop, which still welcomes a nation-leading 1,500 customers per day, has also seen its business decline by as much as 25 percent from 2010, Tso said.

For that reason, Las Vegas Paiute leaders decided in 2015 – when marijuana was still medical-only in Nevada – that the plant would be the tribe’s way of padding its pockets for the future.

Challenges and gains
The road to cannabis riches hasn’t been without some hiccups. In 2016, the tribe partnered with New Mexico-based Ultra Health Cannabis to build a 2,500-square-foot medical marijuana dispensary and cultivation facility near Snow Mountain, where NuWu North now stands.

But less than a month after breaking ground, the Paiutes saw the deal fall through.

It took that well-publicized failure and a special compact sealed with the Nevada governor’s office during the following year’s legislative session to make their cannabis dreams a reality.

Chris Spotted Eagle, the tribe’s new chairman, worked alongside Tso and the office of then-Gov. Brian Sandoval to pass SB 375 in 2017. The landmark law opened the door for legal negotiations on the use and sale of marijuana on tribal lands. It allowed the Nevada governor’s office to bypass federal laws that limit commerce talks between tribes and Congress, meaning the tribe no longer needed to partner with a third-party marijuana dispensary company to open its own facility.

The Paiutes, expecting that the bill would be approved, had already begun building their first marketplace, with plans to do it bigger and better than the 45 dispensaries already located across the Las Vegas Valley. A simple, European-inspired, waiting room-free design with massive, 30-foot glass windows made NuWu easy to quickly build. The design provides customers with a view of the Las Vegas skyline, less than one mile from where 18 million tourists visit each year.

As lucrative as NuWu has been for the Paiutes, Spotted Eagle points to the effect that tribal sales of marijuana has had on Nevada’s industry as a whole.

The tribe’s store carries more than 900 different marijuana products from about 180 of the state’s 200 combined cultivation and production facilities. The chairman said the Paiutes have written seven-figure checks for some of their product purchases.

Several cultivators and producers — some of which bled money fighting for the 50,000 state-registered medical marijuana cardholders during Nevada’s two years as a medical-marijuana-only state in 2015 and 2016 — are now thriving thanks in part to giant purchases from the state’s largest cannabis dispensary.

Looking back at the planned medical marijuana facility, which would have been less than one-sixth the size of the tribe’s flagship recreational marijuana store, Spotted Eagle laughs.

“It’s really like the stars aligned with us getting the nod from the governor’s office to build NuWu,” he said. “We’re in a much better position today.”

Strong results
The Paiutes’ first cannabis marketplace has brought the tribe international publicity that Tso and Spotted Eagle said they never imagined, including an advertising partnership with the Las Vegas Lights, a segment on Jimmy Kimmel Live and the well-publicized sale of a $11,000 blunt.

The worldwide attention has been welcome, Spotted Eagle said. But the Paiutes are focused on improving the legal cannabis market in Nevada even more – and, of course, on increasing the stash of cash in the tribe’s piggy bank.

Wearing a tribal necklace with a NuWu North medallion at its center, Tso said he hopes the Paiutes’ ancestors — the ants as well as generations of humans that came before today’s leaders — would be proud.

Thanks to Nuwu’s success, Tso and Spotted Eagle welcome eager Native American leaders from around the U.S. and Canada on a weekly basis to tour NuWu and show the in-and-outs of operating a legal cannabis business.

As states have different laws on marijuana and restrictions on tribe’s ability to grow and sell the plant, he notes there’s no “one-size-fits-all cookie-cutter formula,” even for U.S.-based tribes, until the plant becomes federally legal.

In the meantime, the two are happy to educate their tribal brethren while ensuring the Las Vegas Paiutes are an economic driver in Nevada for decades to come.

“We get it, the growth is inevitable,” Tso said. “We’re going to set the bar and bring the industry with us.”