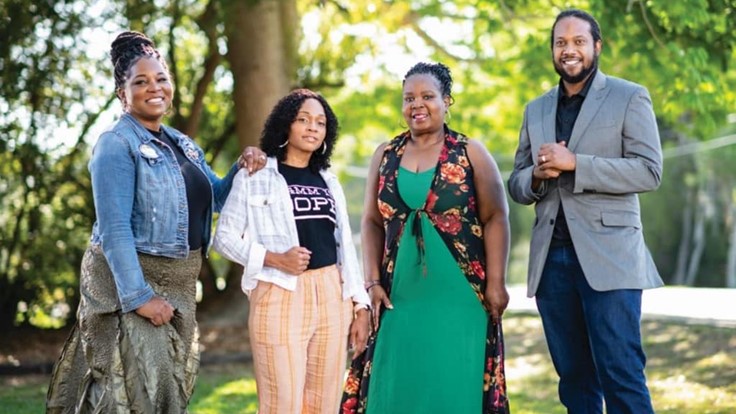 From cannabisdispensarymag.com by Patrick William December 21, 2020

In 2020, industry members have been meeting virtually to discuss opportunities for minority participation in the cannabis space, including at the ownership level. Organizations such as Minorities for Medical Marijuana (M4MM), Minority Cannabis Business Association (MCBA) and Marijuana Policy Project (MPP) held events where speakers addressed the murder of George Floyd in Minneapolis and other killings of people of color, as well as their desire for social equity and criminal-justice reform.

Racial disparities in cannabis industry participation reflect a broader statistics in agriculture. The National Young Farmers Coalition issued a report in December 2020 titled “Land Policy: Towards a More Equitable Farming Future.” It states that in the U.S., “White individuals account for 95 percent of all farmers, own 98 percent of farmland, and receive the vast majority of agriculture-related financial assistance.”

The report provides specific call-to-action items for federal, state and local policymakers to support Black, Indigenous and People of Color (BIPOC) farmers. On the state level, these include steps to “[p]ass state legislation to help farmers manage their student loan debt so they can better access capital for land purchases” and to “[i]mprove and expand land access finance options.”

As capital remains a barrier to entry for minorities looking to enter or expand their opportunities in the state-legal cannabis space, Cannabis Business Times and Cannabis Dispensary recently caught up with industry stakeholders to discuss the financial aspects of minority participation in state-legal cannabis in 2020.

There is value in plant-touching businesses obtaining a license before trying to raise large amounts of capital, Seun Adedeji, owner and CEO of Elev8 Cannabis, a retail company with stores in Oregon and Massachusetts, recently pointed out to CD.

“For newcomers that are trying to get into the cannabis industry, my biggest advice to them is, one, find what aspect of the cannabis industry you’re looking to go to—example: if you’re looking at retail—let’s say it costs you $1 million,” Adedeji said. “Instead of trying to raise the whole million, try to get assets, try to find ways to leverage, raise a little bit of capital, raise $50,000, get [the] right attorney. Win the license, then use the license and go raise against the license. The license is what has value.”

Despite COVID-19 and other economic pressures, there is money flowing through the industry while some people are getting shut out, said Roz McCarthy, founder and CEO of M4MM, and whom CD featured on its March/April 2020 issue cover. “We do know there are certain sectors of the cannabis industry that still thrive during this pandemic, that still were doing very well for themselves, like we can talk about the increase in revenue that the cannabis industry was able to experience, even though there are some industries that took a nosedive during this pandemic,” she said.

Illinois saw at least $880 million in adult-use and medical cannabis sales as of Dec. 2, according to the Chicago Sun-Times. Meanwhile, social-equity business applicants experienced delays from the state in its issuance of dispensary licenses. State officials announced in September that 21 social equity applicants would be included in a lottery to win the 75 available dispensary licenses. But with the licensing process mired in controversy, a judge ruled in November to allow the rescoring of applications out of “public interest.”

McCarthy said that she supports the social-equity language in Illinois’ legalization bill, the Cannabis Regulation and Tax Act, and that she admires Toi Hutchinson, who serves as the senior adviser to Gov. J.B. Pritzker on cannabis control and who worked on the legalization bill as a state senator.

However, McCarthy said, “Some of the promise that you saw in Illinois—it almost felt like maybe coal in your stocking versus toys or gifts or what have you, maybe that type of analogy for the holiday. And … these entities were basing being able to get funding … upon getting their license.”

Networking can provide invaluable opportunities for businesses. McCarthy said M4MM is set up like a chamber of commerce as well as around “advocacy, education and training,” providing opportunities for members to conduct business with each other.

McCarthy previously worked with the African American Chamber of Commerce of Central Florida and served on the board of the California Black Chamber of Commerce. “I love the fact that they had this membership-driven business-centric economic opportunity and almost like a marketplace for these minority-owned businesses, to not only do business with one another, but … for the chamber, their responsibility was to help shed a flashlight on these businesses to be able to go after contracts, to be able to look at opportunities that they can pursue that they wouldn’t have been presented with unless they were part of the chamber,” she said.

Taking a page from such chambers, M4MM is working on setting up a virtual marketplace to connect its members. “They can go on there and be able to see if there’s any businesses that would meet some of the criteria that they’re looking for,” McCarthy said. “The industry as a whole would be able to go and see these businesses and be able to say, ‘Hey, I want to do business,’ or ‘I want to learn about you’ or what have you.”

A Local Stock Exchange in Michigan

A crowdfunding solution made possible under Regulation Crowdfunding (REG CF) via the 2012 JOBS Act and the Michigan Invests Locally Exemption (M.I.L.E.) Act, MMM and aims to help people of color and others to conduct business in the space. It will be administered by MRA and could launch as soon as March 2021, Casson told CBT and CD.

To qualify, cannabis businesses must prove they are operating legally, with up-to-date licensing and permitting, and other documentation, Casson said. “In addition to that, there’s also some stays in there for the investors,” Casson said, adding that those investors must be Michigan residents. “Investors can only invest so much of their net income. The maximum amount that they would be able to invest is $10,000 per entity. No entity can be on another platform at that point so that there’s no dilution of shares.”

MMM allows people to “buy back into their neighborhoods,” Casson said, adding that ”it creates a way for astrong pathway of ownershipforpeople of Black and Brown color because these particular businesses will be in what we consider social-equity zones, which would be the communities that were most disenfranchised.

“With this being said, we still put in some pillars to make sure that it’s not predatory, meaning that there’s a certain percentage of ownership that must be owned by someone from the community.”

Looking back on social equity developments in Michigan in 2020, Casson points to the state’s establishment of a social equity team, which is looking into numerous initiatives to increase industry participation for minorities and other people who have been affected by the War on Drugs.

“What the goal is, is really for us to let the market reflect the demographics,” Casson said of Michigan’s cannabis marketplace.

Speaking about the U.S., McCarthy shared a similar sentiment, taking a moment to applaud the diversity at Trulieve, a cannabis dispensary and delivery multi-state operator based in Florida—the same state where M4MM is headquartered—and one of M4MM’s major corporate partners.

“If you were to go inside their plant, the diversity they have inside their plant—it mirrors the diversity that you see in our country. It’s old people, it’s young people, it’s Black people, and they’re in various stages of supervisory positions and what have you,” McCarthy said. “We just want to see more of that in 2021; we want to see that the inside of these companies are looking like the communities that they’re serving.”