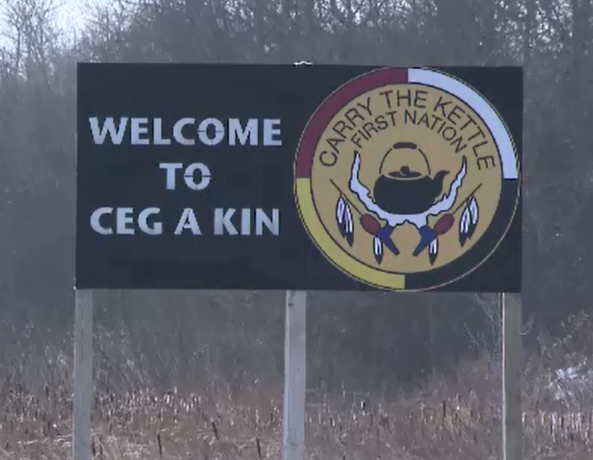 Carry The Kettle Nakoda Nation is banning all illegal drugs including cocaine, crystal meth, opioids and cannabis, which has been legal in Canada since last October.

The only exception will be medically perscribed cannabis.

Chief and council passed by way of motion through a Band Council Resolution. A letter was sent on May 4th to inform all Carry The Kettle residents of the ban.

In the letter it reads, “Cannabis remains a schedule 11 drug under the Controlled Drug and Substance Act, and unless otherwise regulated for production and distribution for medical purposes with a license, this is subject to an illegal offence.”

Chief Brady O’Watch says this is this is the first time a decision to ban all illegal drugs has been made by Carry The Kettle leadership.

“Even though (cannabis) is legal, it isn’t something that should be encouraged. We wanted to be able to promote and positive and healthy environment for our youth. When we do this, I do this for the sake of the youth, the younger ones. I think about my children and my grand-children yet to come. We want to provide a safe environment for all our youth,” said Chief O’Watch.

The ban comes after a mother shared her concern on Facebook about her son who came home from school high. Chief O’Watch says the student got the marijuana off of another person on school grounds. Growing up on Carry The Kettle and attending school within the First Nation, O’Watch says drug use in school was common.

“It was mostly marijuana. Some of it was the harder drugs but nothing like the hard drugs you see today. The (drug use) is just something that was passed on as a coping method of intergenerational trauma,” added Chief O’Watch.

“I graduated from NOEC as well and I believe the drugs in the community is alive and well and that’s something that I personally feel we need to address those things in order to support our youth and prepare them for the future with healthy lifestyles. I feel we need to do something.”

Carry The Kettle resident, Jackie Grey says banning cannabis could be problematic and she would much rather see resources in helping residents quit drugs.

“People are going to do what they do whether the ban is in place or its not. Putting this prohibition in place on the reserve, we’re creating a whole other constitutional court case for people who can use marijuana or grow it or distribute it,” added Grey.

Carry The Kettle is currently in talks with the File Hills First Nations Police Service and the RCMP on how to enforce the ban.

The letter also says anyone caught selling and/or using the listed illegal drugs will be charged and could leadto banishment from Carry The Kettle.

Saulteaux says alcohol is also being considered for a future ban.